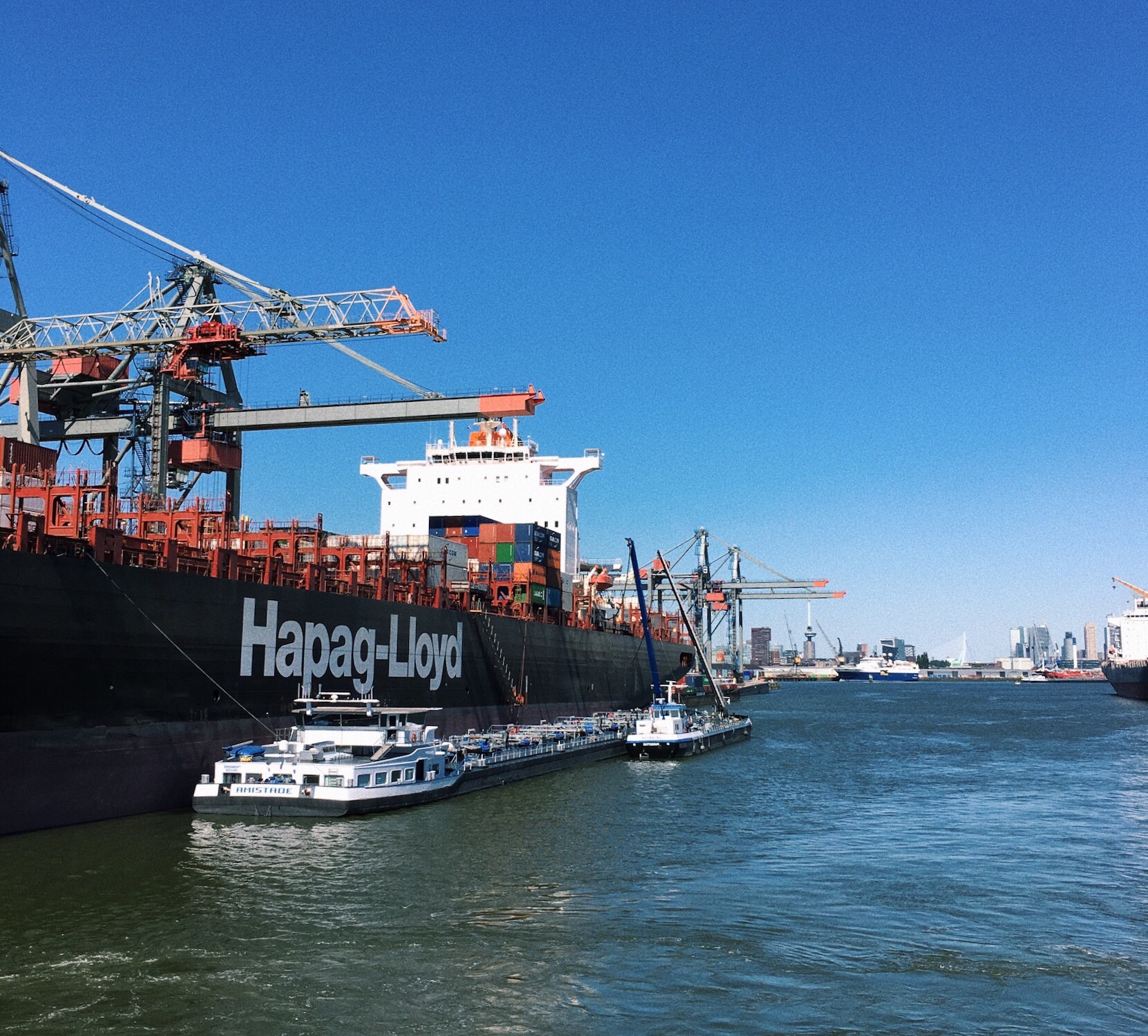 Good morning and goodbye The Hague! I woke up at around 10am, got changed, and bade farewell to Jeffery at around 11am. From his house, I made my way to The Hague Central Station [Den Haag Centraal Station]. I had some breakfast at the station, which once again, consisted of the delicious Dutch croquettes with mystery filling. I love these croquettes. They’re usually sold at “vending machine” kiosks in most train stations or busy areas. After breakfast, I caught a train to Rotterdam (NS Sprinter, ns.nl, 5 EUR/8 SGD/pax). NS Sprinter trains run like commuter rail, making stops at all stations until their final destination. Luckily, Rotterdam was only a short 30 minute or so ride away, making the Sprinter a feasible option.

I reached Rotterdam Central Station [Rotterdam Centraal Station] at around 12.30pm, and since I managed to book a hostel that was within walking distance of the station, I walked over to the hostel (Sparks Hostel, SGD 31/night) to check in. This hostel was so much cheaper than the one in Amsterdam, and so much roomier too. I guess Rotterdam isn’t as much a tourist magnet as Amsterdam. 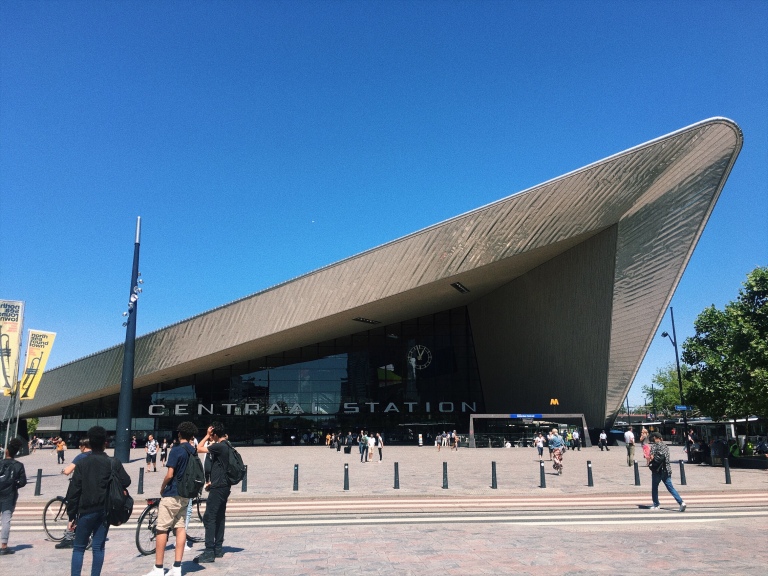 The first place in Rotterdam that I had to check out was the Market Hall [Markthal]. This market, unlike other historical European markets, was modern and new. Inside the giant mixed-use building, the market portion of the building is located in its giant atrium. On both sides, apartment units provide a view into the giant atrium. This is the place to go to if you’re looking for Dutch, and specifically Rotterdam, delicacies. Of course, like in The Hague, a popularly sold delicacy here was haring. However, I still wasn’t gonna take my chances, so I ended up ordering a seafood sandwich. 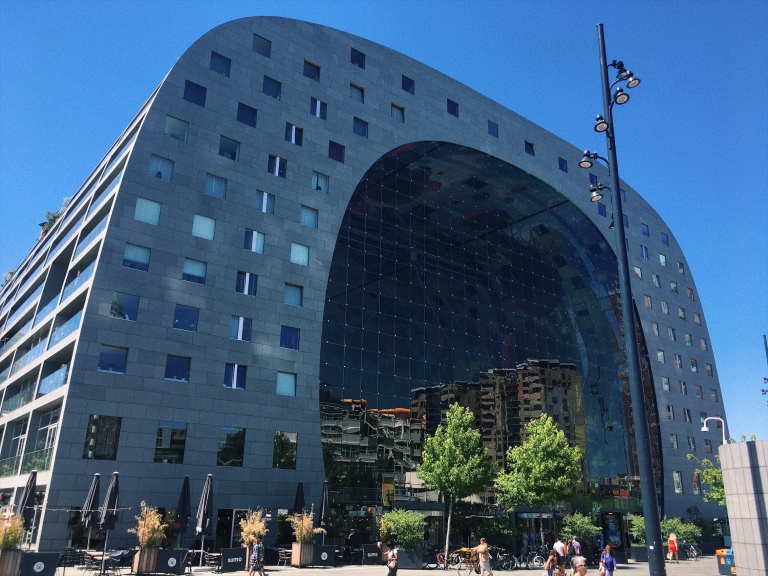 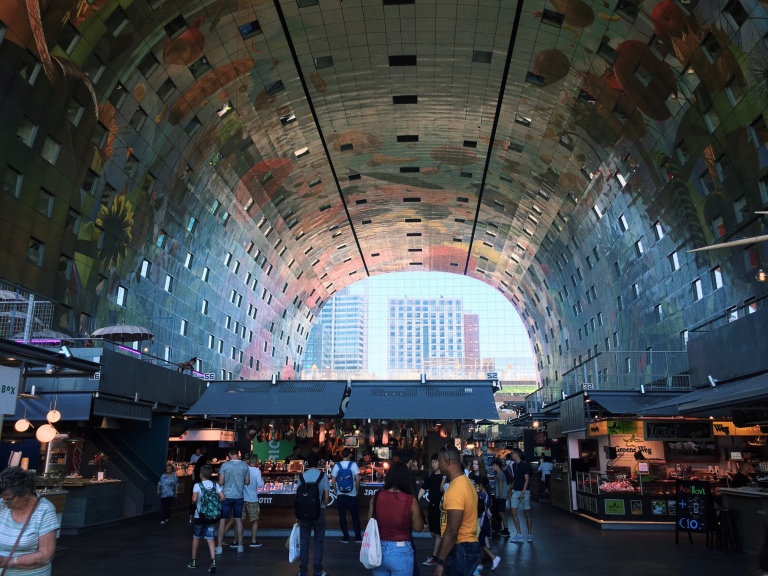 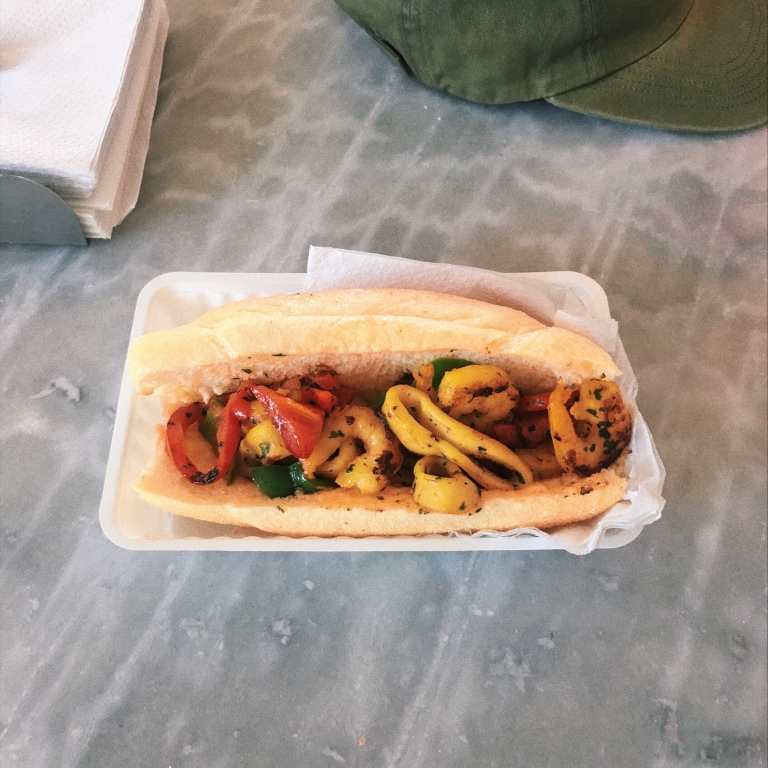 After lunch, I set off for my next activity, a boat tour of the Rotterdam Harbour. I made my way to the starting point of the tour at Willemsplein, where I bought my tickets at the Spido counter nearby. The boat left the pier at 3.30pm and we were soon on our way down the waters of the Nieuwe Maas. The boat tour is the best way to take in Rotterdam’s modern and bold architecture: with a full view of contemporary apartment blocks, modern office buildings such as De Rotterdam, and the landmark Erasmus Bridge from the top deck of the boat. The commentary on the boat also provides some interesting bits of information. 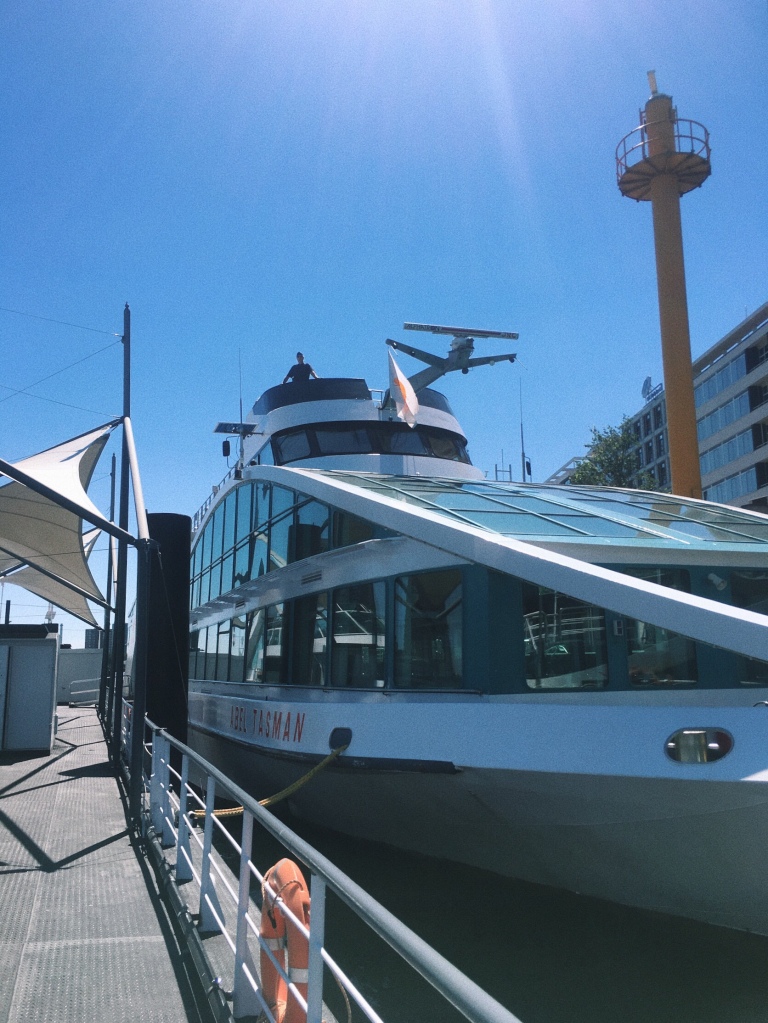 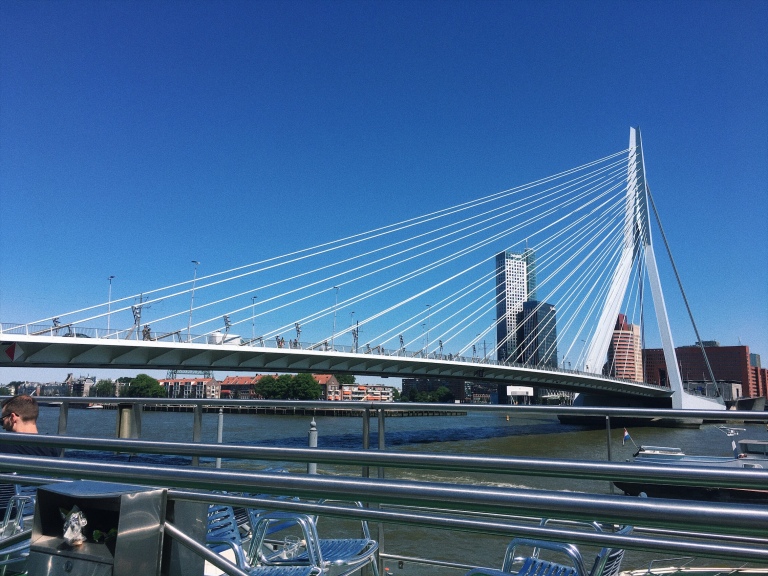 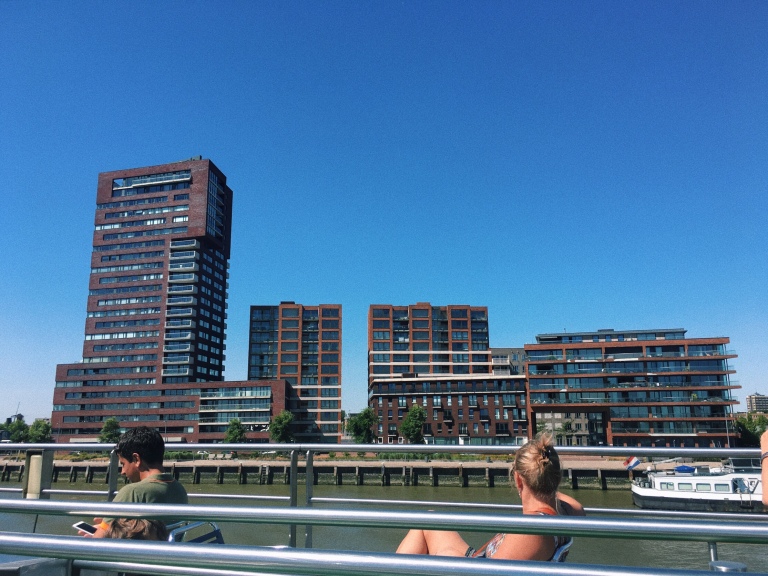 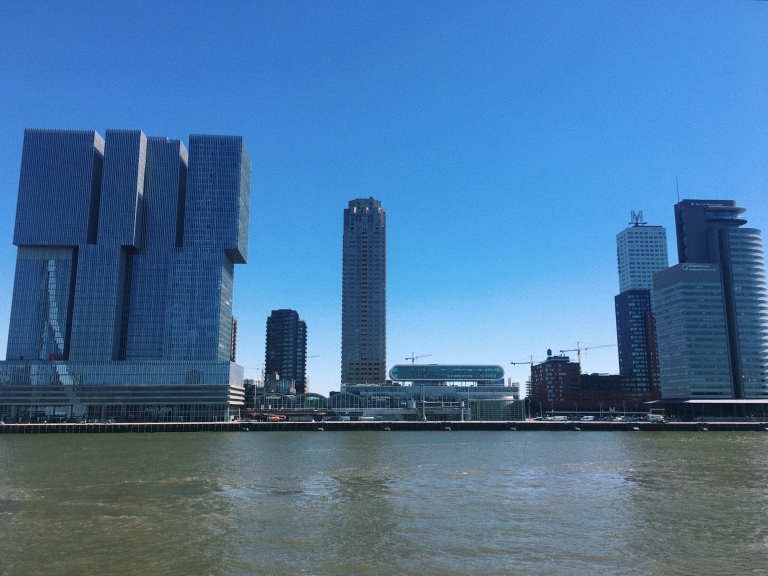 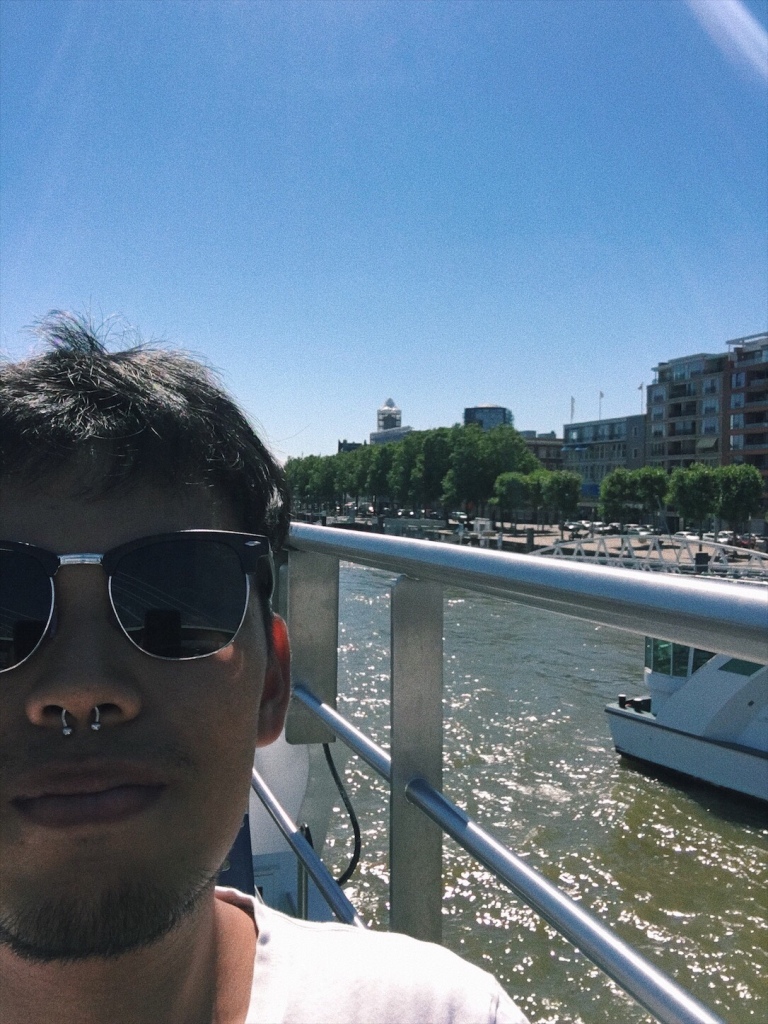 The boat soon headed to what could be considered the main attraction of the tour, the Port of Rotterdam. I mean, the ad for the tour was literally a close up of a cargo ship. Anyway, the Port of Rotterdam is the lifeblood of Rotterdam. It is the largest port in Europe, and at one time it was also the busiest port in the world. As our boat sailed beside giant cargo vessels, you get a sense of the scale of activity going on here. Each vessel, itself already loaded with tons of goods, was merely one of the many vessels berthed in the port. 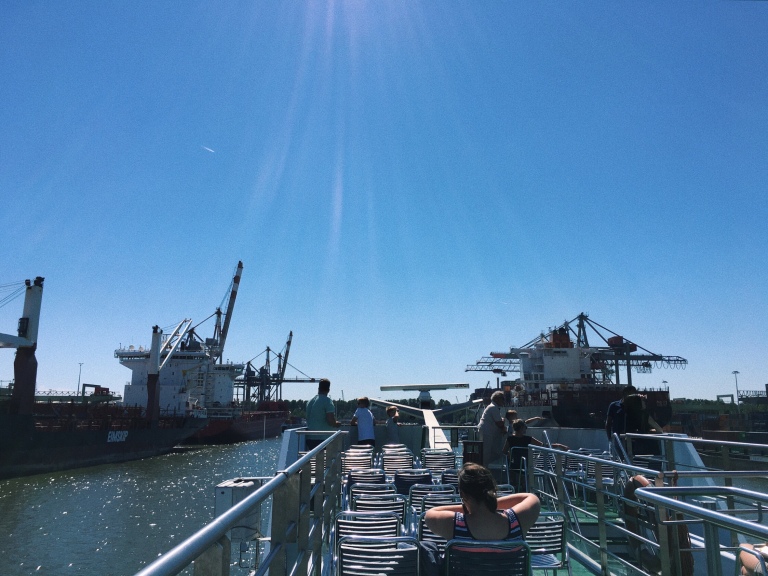 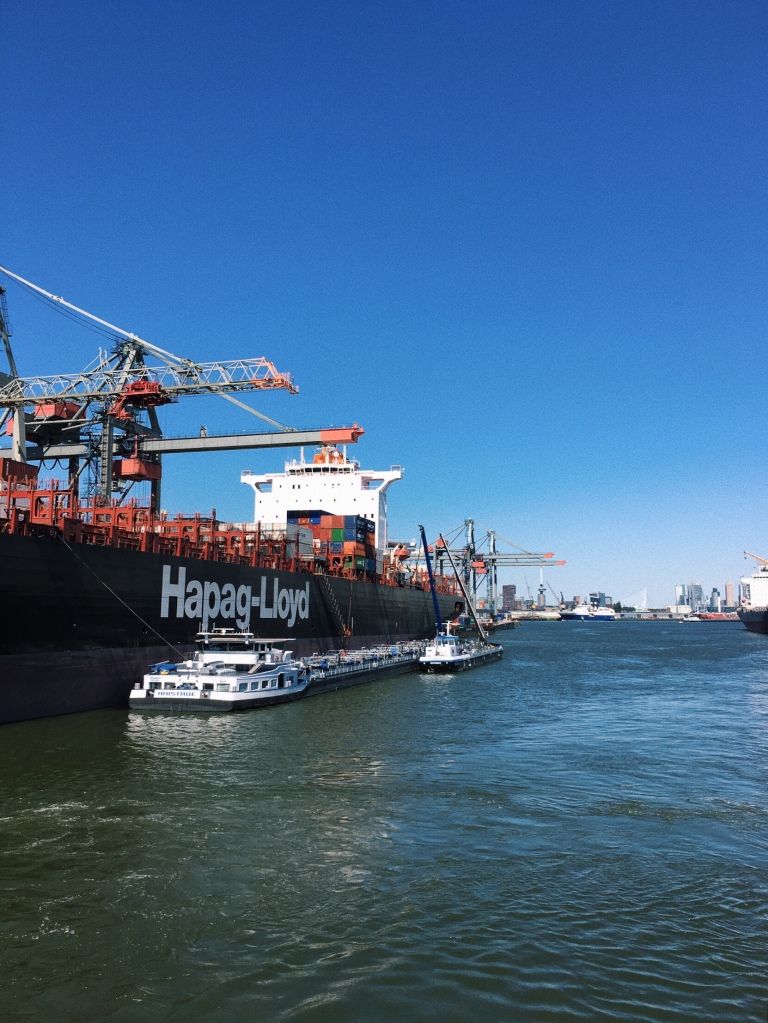 The tour ended with us heading back along the other side of the Nieuwe Maas, passing icons such as the SS Rotterdam, a former ocean liner turned permanently berthed hotel. The permanent berthing of the SS Rotterdam caused the gentrification of the area around it, and today the area is prime amongst both locals and tourists. The tour ended at around 4.45pm, and I headed back to my hostel to rest after that. 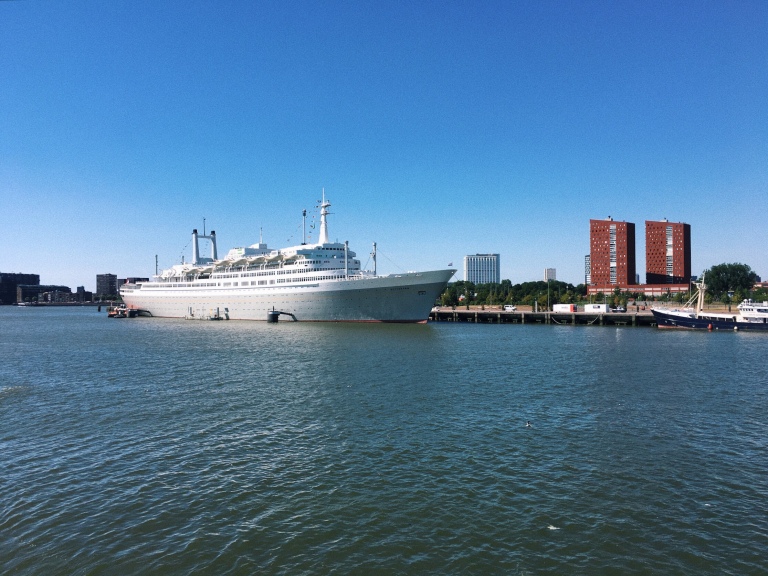 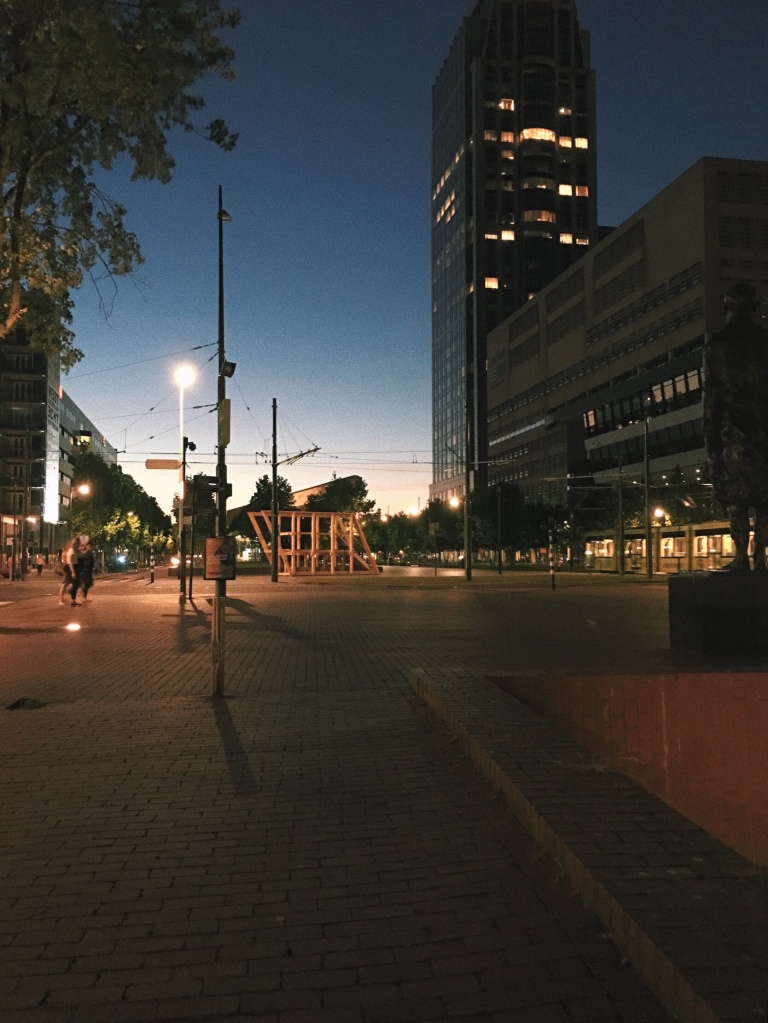