There’s more to The Netherlands than Amsterdam, and Jeffery offered to show that to me. He invited me down to The Hague, which wasn’t originally on my travel plans. So, I decided to trade a day of Rotterdam for a day at The Hague instead. I left the hostel at 10am, headed to Amsterdam Central Station [Amsterdam Centraal Station], and boarded my 11.10am train to The Hague (IC 2145, eurail.com, Eurail Pass).

The ride to The Hague was short, taking only about an hour or so. Once I alighted at The Hague Central Station [Den Haag Centraal Station], I boarded a bus to Jeffery’s house. I reached his house at around 1pm. He shared his house with two other flatmates, Paul and Bernie: both of them were also students at Hotelschool The Hague. Paul was from Aruba while Bernie was from Germany.

After putting down my bags, Jeffery and I headed to Scheveningen Beach. During the long walk there, Jeffery gave me my very own walking tour of The Hague, pointing out interesting events and places. 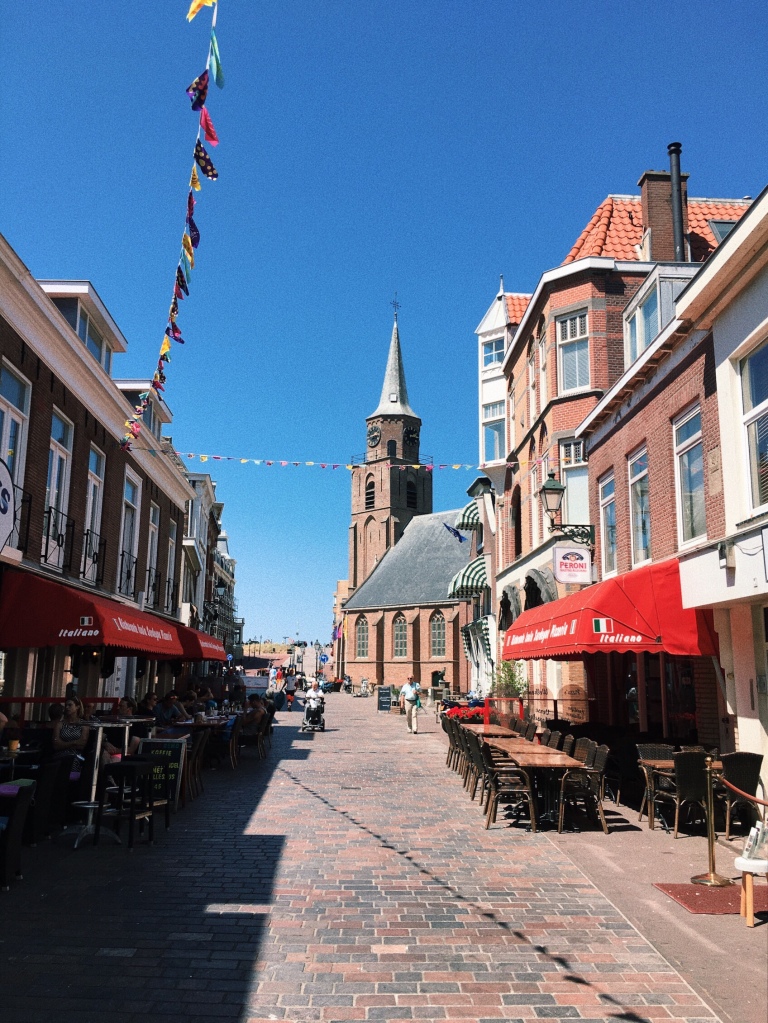 When we arrived at the beach, I was surprised by how different it was from what I had imagined. For some reason, and like most people, I never associated The Hague with the image of a sunny beach town. It felt like I was in Sydney or Southern Europe, not low lying The Netherlands. The beach stretched far into the horizon on my left and right, and there was a long pier that stretched across the beach and into the water. We decided to walk towards the pier and grab some snacks on our way there. 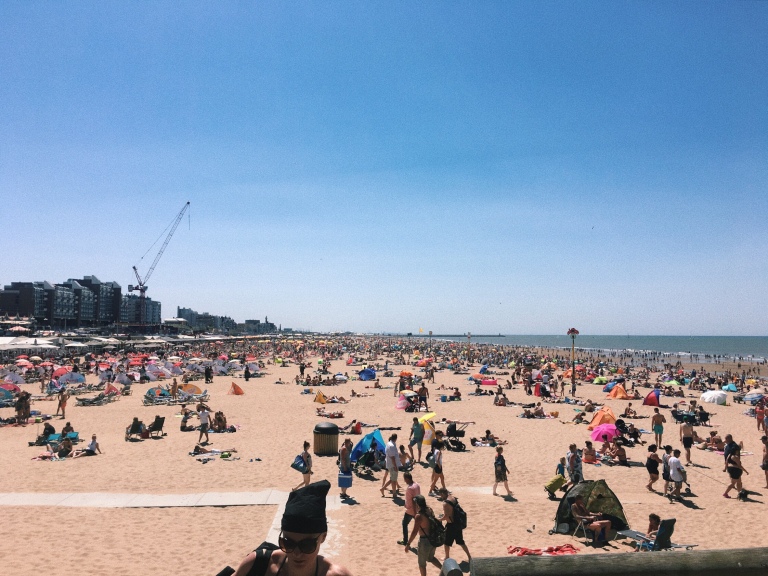 Jeffery had told me earlier about a local delicacy called Haring, which was basically herring eaten raw. That’s right, the entire fish is eaten whole and raw. I’m sure it’s delightful though, I probably just have undeveloped taste. Along our way to the pier, we chanced upon a kiosk selling snacks and we decided to order some conventional fried fish instead. I’ve eaten crickets, grasshoppers, spiders, and centipedes, but something about a raw herring just ain’t right to me.

We strolled to the end of the pier and back. There were many restaurants on the pier, but the main attraction was definitely the bungy tower at the end. Using a crane, people were raised to the top of the tower, brought out over the edge of the pier, and from there they bungy jumped towards the waters below. Why. Why would you do that? Is nice firm land not good enough for you!? Anyway, we were both pussies, so we didn’t do the bungy jump if that’s what you were about to ask. 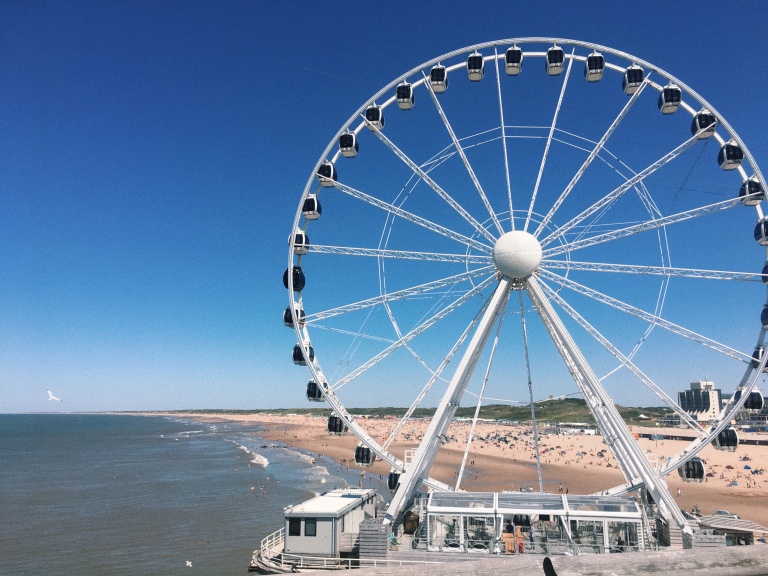 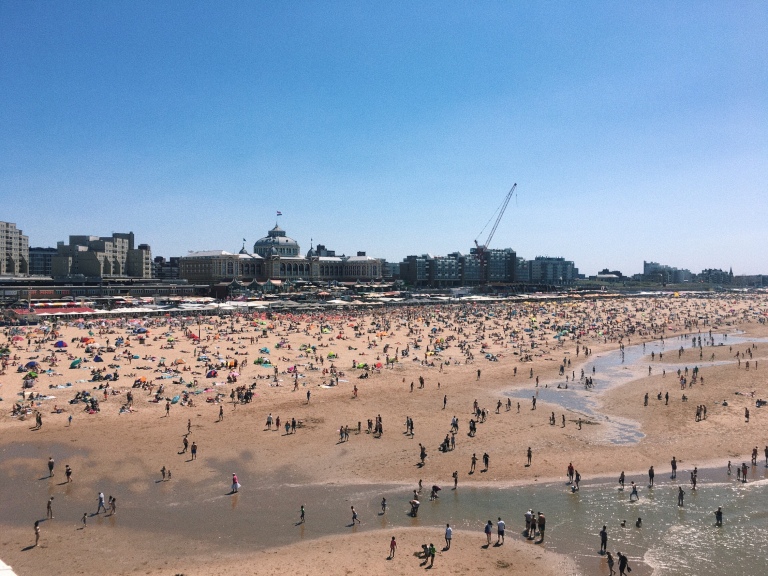 Watching people potentially fall to their death can be tiring, so we decided to grab a beer and some more snacks. We sat down at one of the many beach bars that line the length of the beachfront. We ordered some beers and some bitterballen, which is basically a croquette in the shape of a ball and served with dipping mustard. We talked and relaxed for quite a while, and ironically, I think we spoke to each other more here than we ever did during our time together in the Air Force. It’s kinda strange how proximity does not always equal interaction. Come to think of it, how many friends do we spend time with outside of the areas which initially brought us together?: be it school, NS, or work. 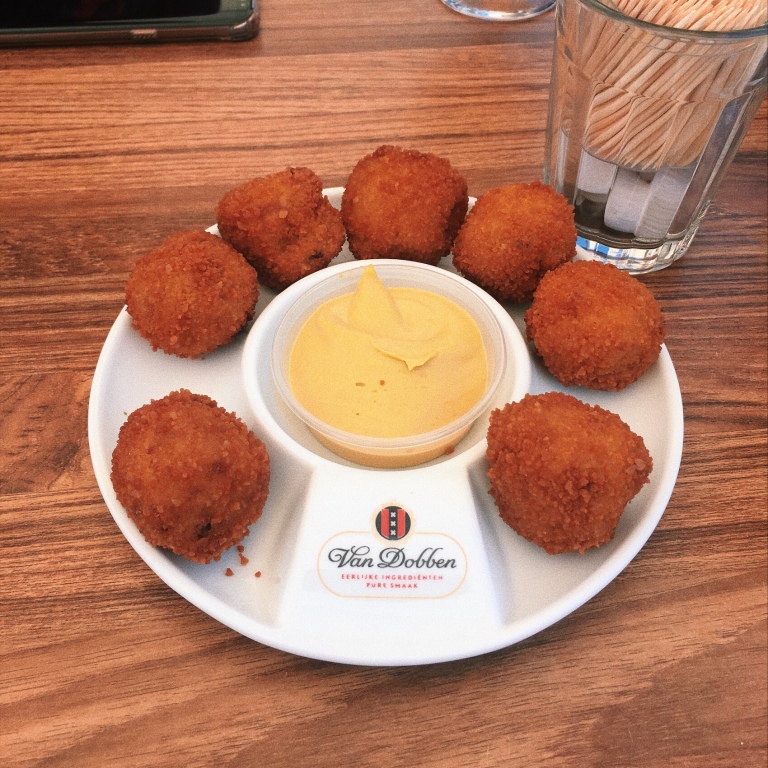 After we were done with our beers and our bitterballen, we headed to the city centre of The Hague, Centrum. We spent quite a while in the area exploring the many streets and alleys, and we also popped over to Chinatown to check it out. Centrum pretty much resembled any other European central district, but it was definitely not as crowded as say Berlin’s, or Stockholm’s.

Before heading back to the house, we stopped by a supermarket to pick up ingredients for dinner. Jeffery cooks almost every day, so he generously offered to cook a meal for me. I hadn’t had food that wasn’t from a restaurant or a microwave meal for so long, so I was eagerly looking forward to his cooking. He decided to cook sweet and sour pork, an onion omelette, and a “cold dish” of thinly sliced potato strips. We shopped around the supermarket for the necessary ingredients before heading back.

Back at the house, I was completely useless in the kitchen as Jeffery started cooking. It was a case where not helping would be more productive than trying to help. I can cook to survive, but that means I’m either eating only egg sandwiches or Hong Kong style instant noodles. Not a very appealing prospect. My love of variety and my limited cooking skills mean I almost never cook. 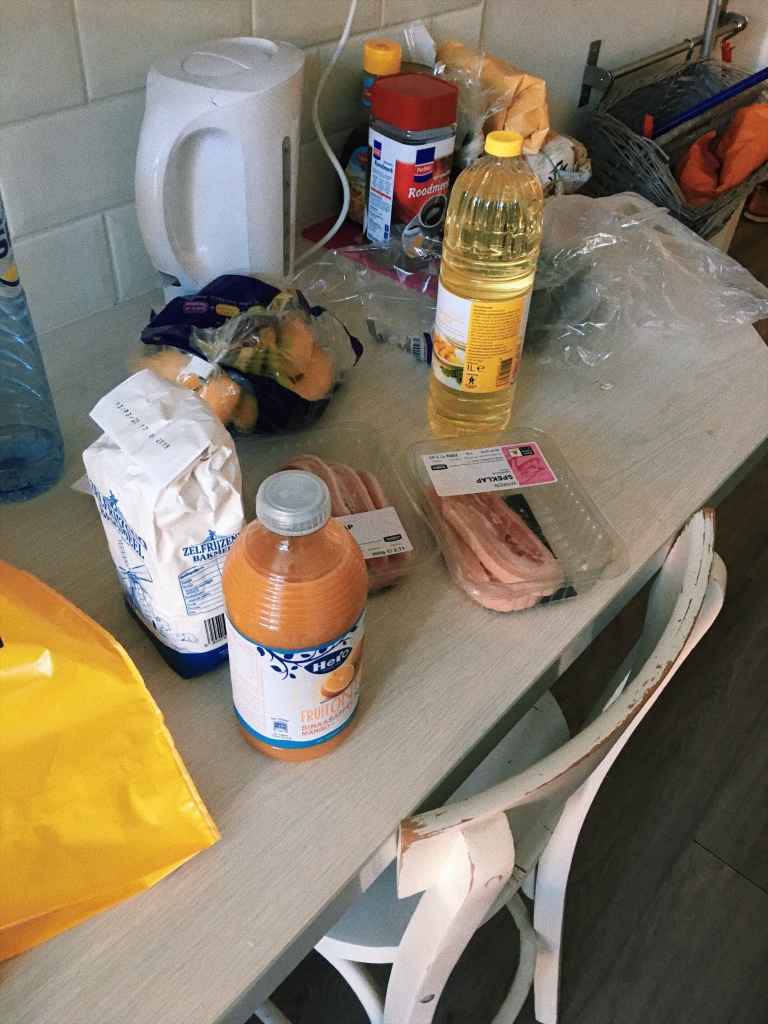 Unlike me, Jeffery cooks almost every day, so at this point, he’s almost a natural. Seeing him chop onions and fry pork with ease was astounding. I almost lost my mind when I saw him crack an egg one-handed. One handed, I kid you not. So, not wanting to get in the way, I decided to help out in other ways. I cleaned the plates and utensils when he was done with them, and I prepared the plates and cutlery when he was ready to serve.

After almost an hour of chef-ing, dinner was finally ready! I guess working for your food really does make it taste better. Of course, it could also be the fact that the last time I had Asian food was almost a month ago. I think it was probably both. We managed to finish almost everything, which was surprising as it felt like we had prepared too much food at the start.

Thanks Jeffery, Paul, and Bernie for your kindness and hospitality. See you guys around!