I woke up today ready for my bike tour of the Dutch countryside. With my limbs and mind well rested, I left the hostel at 11am and walked to Amsterdam Central Station. That’s right, walked. I was in a particularly “exercise-y” mood today (also my public transport card was low on funds).

The bike tour was only starting at 2pm, so I had plenty of time to stroll to Amsterdam Central. I also stopped for lunch along the way.

At 2pm, our guide led us to the bike rental shop and we wheeled our bikes to the starting point of the tour. The tour group wasn’t too large, with around 15 participants. Our tour was of the countryside in the north of Amsterdam, and to get there we first had to cross the IJ, a body of water that separates the busier south of Amsterdam from its more residential and sleepy north. Thankfully, there are ferries that bring tourists and locals across from north to south and vice-versa. The ferries depart from behind Amsterdam Central Station on the southern half of Amsterdam. Since the ferries act as a bridge, they operate free of charge, and some ferries even operate 24/7. The ferries are usually packed with bicycles and scooters. We pushed our bikes onboard and less than four minutes later we were on the other side of the IJ. 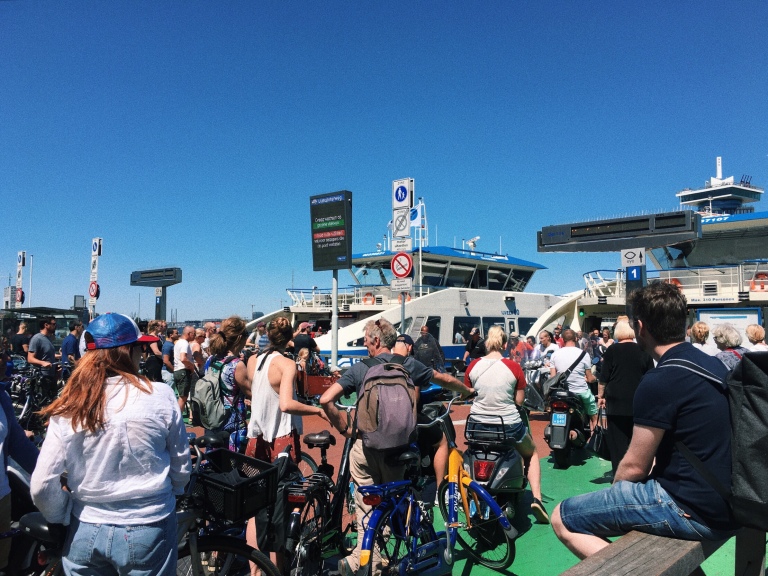 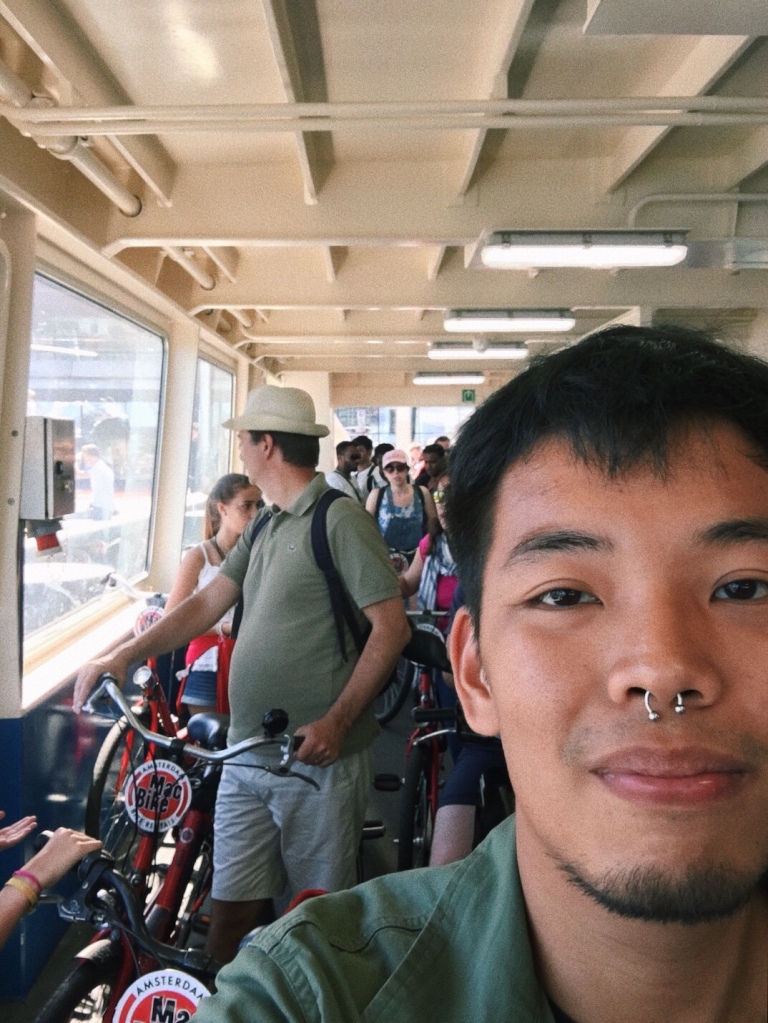 Once we were across, we were brought on a beautiful tour of the Dutch farmlands. The fact that The Netherlands is partially below sea level becomes really obvious at this point. Rivers flow at a level higher than the fields that they irrigate. Summer houses are built mere centimetres higher than the water that flows in canals. And the bridges that we use to cross the canals are probably the highest accessible points in the landscape. 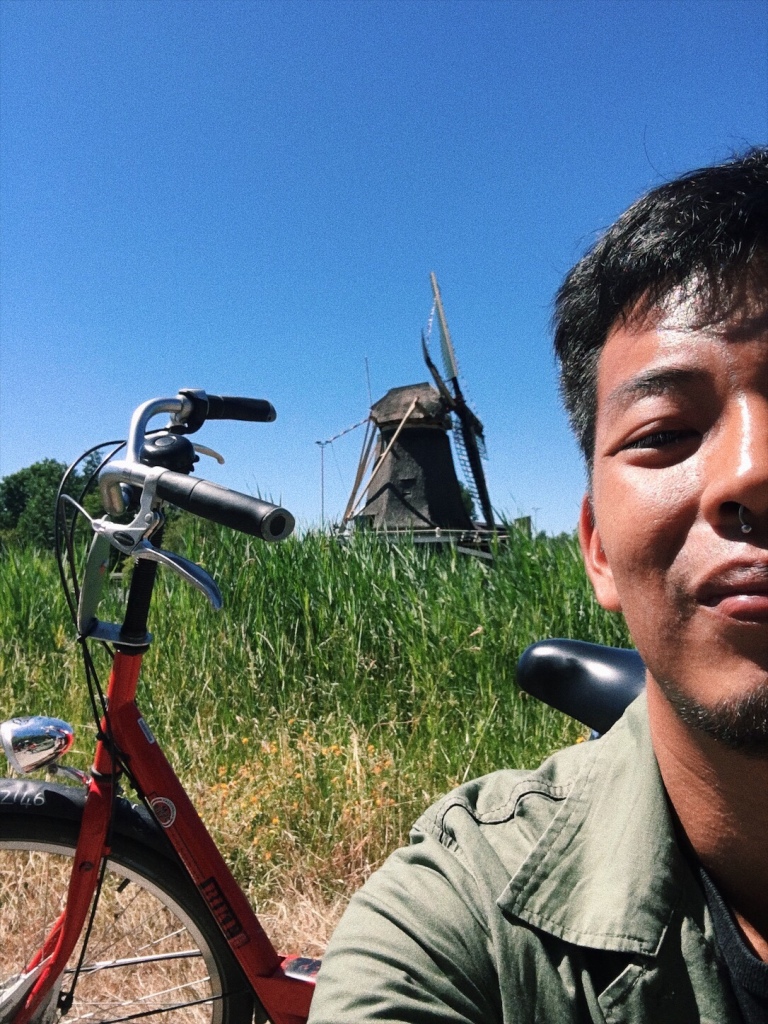 Of course, besides low lying floodplains, The Netherlands is also famous for its windmills. On this tour, we only managed to see one old-fashioned windmill. But, we did see many modern windmills, which we also know as wind turbines. These wind turbines, an icon of the environmental movement, dot the Dutch fields, towering above crops and cattle.

About halfway through the tour, our guide explained the superior water engineering skills of the Dutch. Since the earliest polders and dykes, the Dutch have been masters of land reclamation, reclaiming significant portions of muddy swampland from the sea and turning them into cities and settlements. Amsterdam is just one of those cities. As the saying goes: “God created the Earth, and the Dutch created Holland”. It’s no surprise then that, according to our guide, the current King of The Netherlands majored in water engineering in university. These efforts at controlling water have definitely paid off: so well in fact that The Netherlands’ government currently does not view rising sea levels from global warming as a significant threat.

The tour ended with an uninterrupted cycle through a typical Dutch village. We arrived back at the bike rental shop at around 5pm, and I headed back to my hostel from there. I headed back early because I wanted to rest before attending an event, Trance Orient Express, later on in the night. 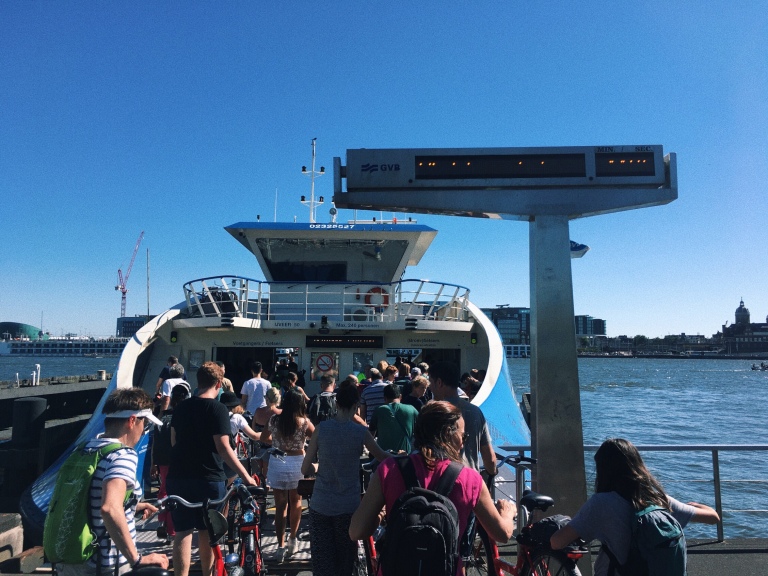 I left to attend the event at Ruigoord at around 10pm. I took a bus to Sloterdijk Station, from which I was supposed to take another bus to Ruigoord. I had known before leaving that a strike by the drivers of private transport operators was currently ongoing. I had also known that the bus service to Ruigoord from Sloterdijk was run by one of these private operators. Yet, I took my chances with the, arguably liberal, 20% service rate that the companies were reassuring passengers with.

After alighting at Sloterdijk, I waited at the bus stop for the bus to Ruigoord. Five minutes pass. Then 10. Then 60. All the while, the bus arrivals board constantly changing the arrival time from five minutes to 13 minutes, and eventually to a very worrying dash.

I talked to several people at the bus stop who looked like they were going to Ruigoord. They mentioned that they had been waiting here for almost an hour too. Ruigoord was a good 8km away from Sloterdijk, and walking there would take around an hour. It was dark and cold, and I wasn’t prepared for such a trek. An Uber would have set me back 40 EUR, and there was no one I could share a cab with, unfortunately, most of the other attendees had their bikes with them and they were already planning on cycling to Ruigoord. I asked a nearby transport worker if he had any idea when the next bus would arrive, and all he could do was give me a shrug of the shoulders before saying “I saw one two hours ago…”.

Eventually, I gave up waiting for the bus and decided to call it a night. I headed back to my hostel via tram and decided to have my own mini-rave in my room, with the help of Armin van Buuren of course.

No rave for me I guess.