Rise and shine at 8.30am today. My first stop of the day was Danilovsky Market for breakfast. The market is in an architecturally-interesting dome, and inside, there are stalls selling fresh produce and all kinds of cuisine. I had Israeli cuisine and ordered some shakshouka. It was my first time eating shakshouka, and it was amazing. 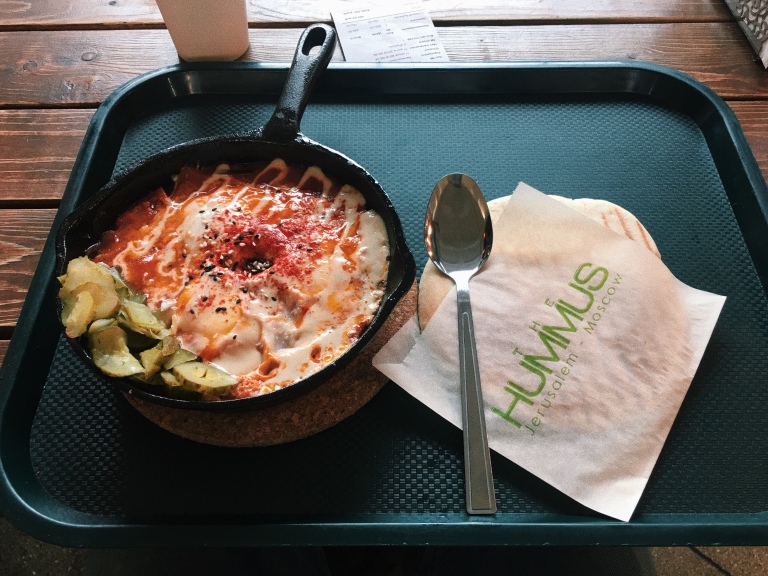 My next stop was the Jewish Museum and Tolerance Centre, and I got there by tram. Travelling around Moscow is easy: you can travel by tram, bus, or metro. Make sure to buy a Troika card as it’s valid for use on almost all forms of public transport in Moscow. As for routes, Google Maps provides reliable transport directions in the city. Most signs are in English or are rather intuitive to figure out. However, it might be helpful to learn a bit of the Cyrillic alphabet, especially since some metro stations still lack English signs.

Inside a Moscow tram.

I reached the museum around 11.30am, but since the museum only opens at 12pm, I decided to have coffee at a nearby cafe first.

At 12pm, I entered the museum. The museum is about the history of the Jewish people in Russia and is said to be the most high-tech museum in Moscow. The exhibits detail the different persecutions and struggles the Jews faced throughout their history of existence in Russia. Some of the exhibits were rather “heavy”, especially the ones that covered the atrocities of WWII that greatly affected all Russians. The Centre is a reminder of the importance of tolerance and is symbolic of Russia’s evolution into the multi-national country it is today.

At 2pm, I reached the Hermitage Garden [Сад Эрмитаж, Sad Ermitazh]. The garden surrounds an opera house, and there are many fountains, benches, and cafes. It’s a rather small park, compared to Gorky and Zaryadye Park, but there were still many people here enjoying the sunny weather. 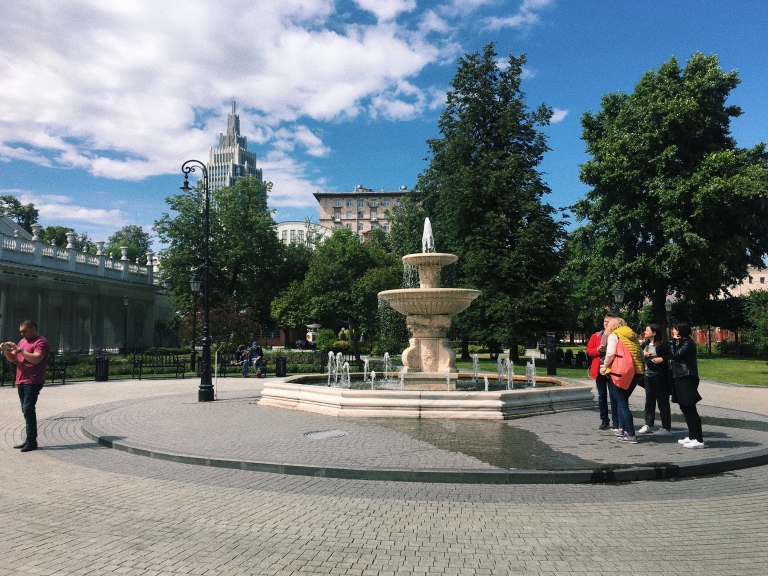 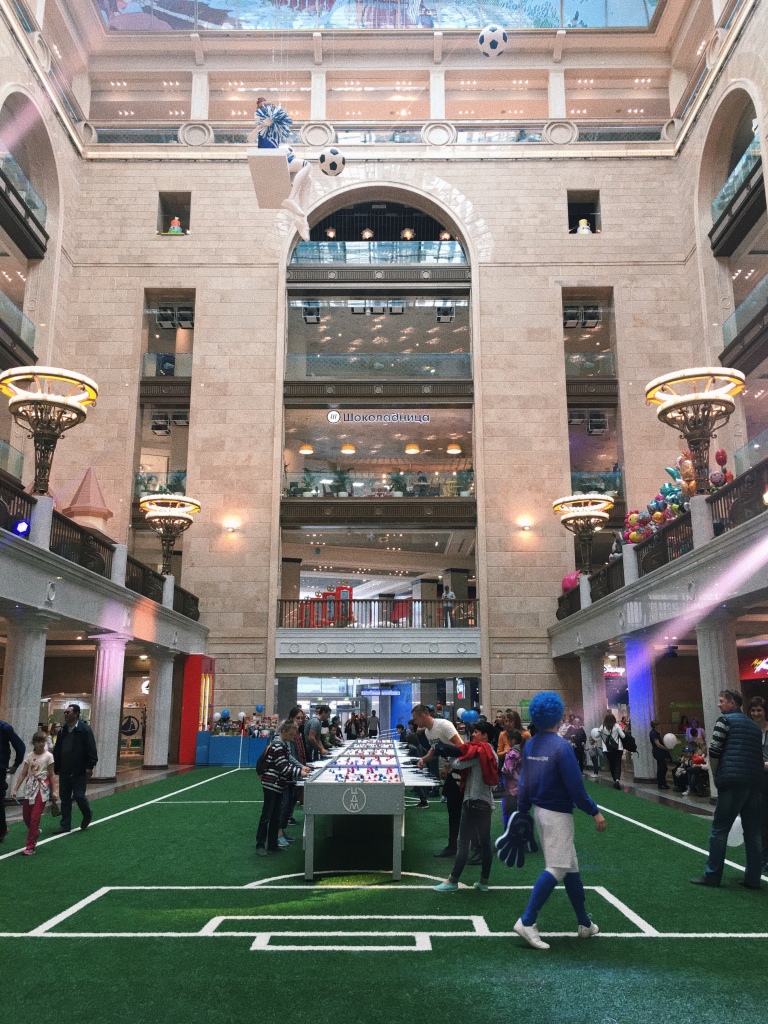 After buying a bag and a keychain for Aunty Yuni, I had my dinner at the food court. I ordered blini (Russian pancakes) again from the Russian chain of restaurants, Teremok. This time, I also ordered some trout soup. This chain really needs to come to Singapore. They serve amazing Russian pancakes, stuffed with everything from ham and cheese to smoked salmon, and they also serve amazing soups. Also, the prices are rather reasonable, about 500 RUB/10 SGD for a meal. After dinner, I decided to return early to my hostel to rest.