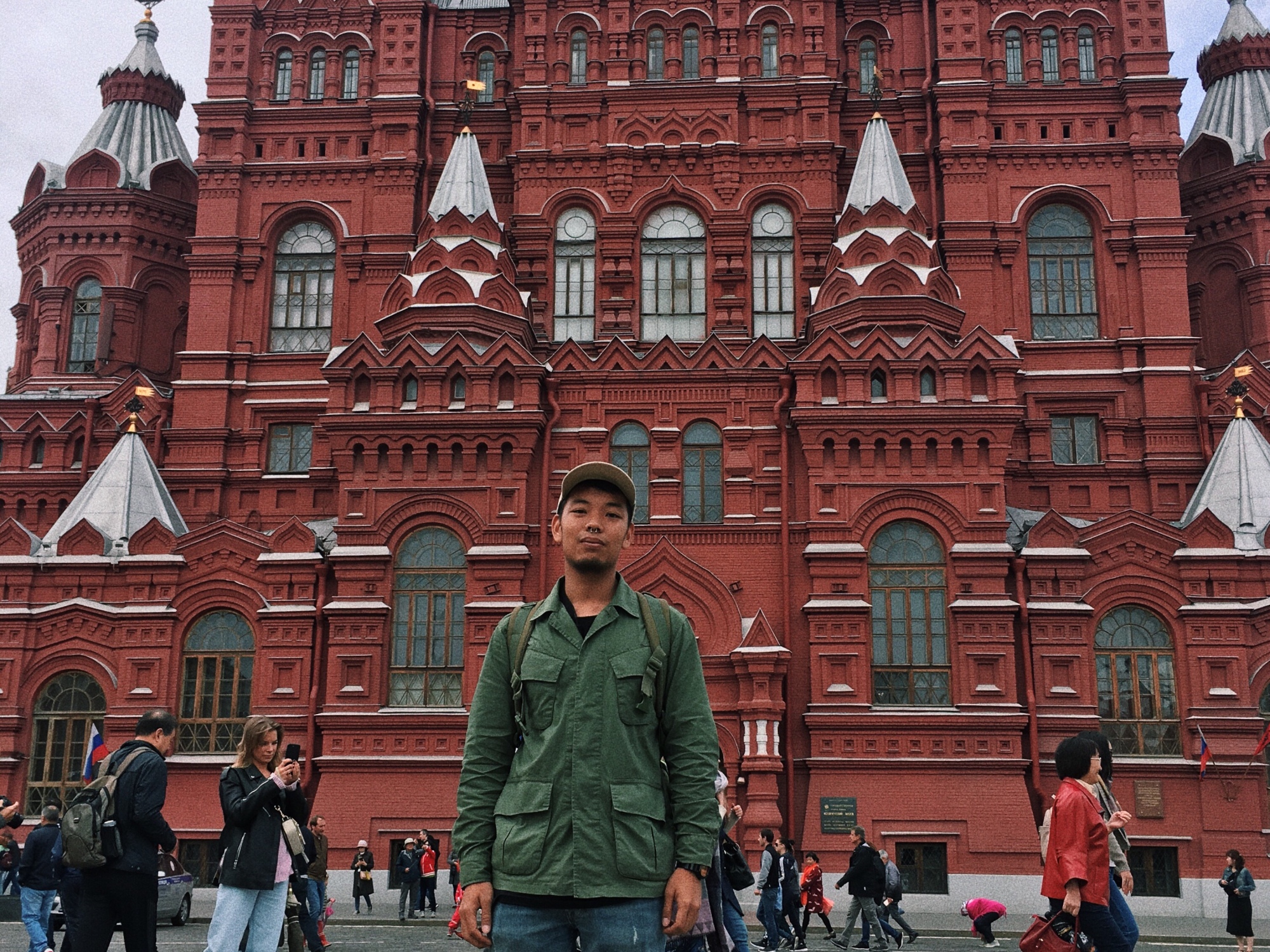 Train 015 pulled into Moscow Kazansky Railway Station [Казанский вокзал, Kazansky Vokzal] at 9.30am. After saying goodbye to Andrey, I walked around Moscow Station for a bit. Before Andrey left, he told me that when in Moscow, I should buy a Troika card to use on the metro, tram, and bus. 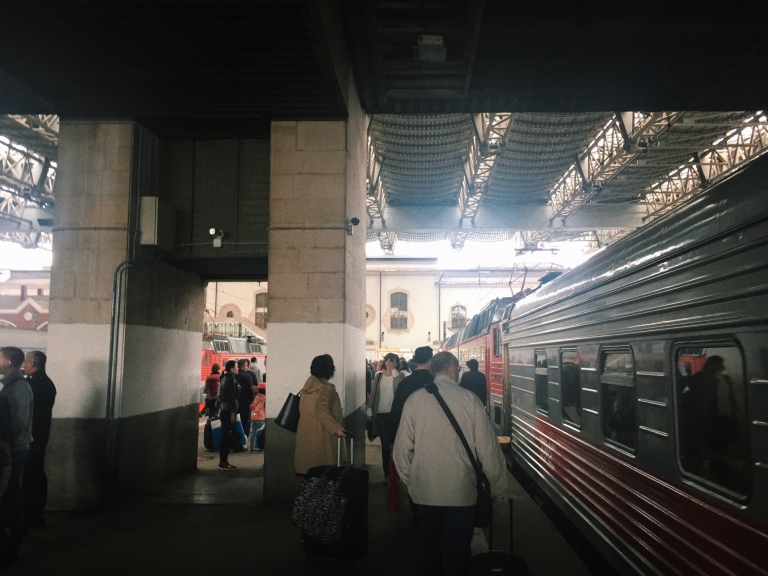 So, after leaving the station, I headed to the metro station where I bought a Troika card from the counter. I was headed to my hostel, Golden Shark (13 SGD/night). The hostel was located in an apartment that was only a few stops away from Red Square and The Kremlin.

Around 12pm, after putting down my stuff, I headed for Zaryadye Park. The park was ultra-modern. There was a restaurant and a cafe, and there was an underground museum detailing the history of the ground on which the park stands. The exhibits there were interactive and extremely high-tech. I also visited the park’s main attraction: the cantilevered bridge across the Moskva River, or what Andrey called the “strange bridge”. 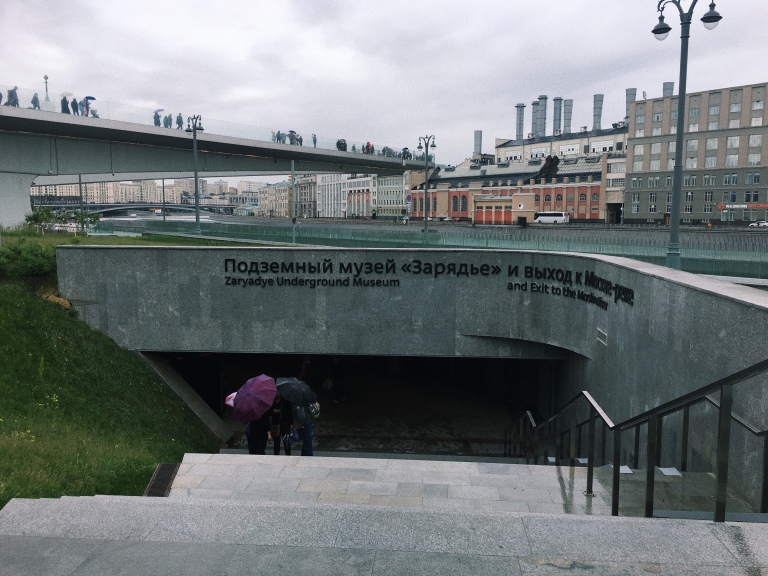 The underground museum and the “strange bridge”.

I had lunch around 1pm. I got some Russian pancakes, or Blini, from a local Russian fast food chain. They were stuffed with salmon and cream cheese, and they were delicious.

After lunch, I reached Red Square at 1.30pm. Unfortunately, in preparation for the World Cup, the view around the iconic square was blocked by bleachers for what I assume would be some sort of World Cup parade. Thanks FIFA. But, nonetheless, the feeling of being in the square was amazing. One of the most historically important squares in history. And there I was, standing right in it. 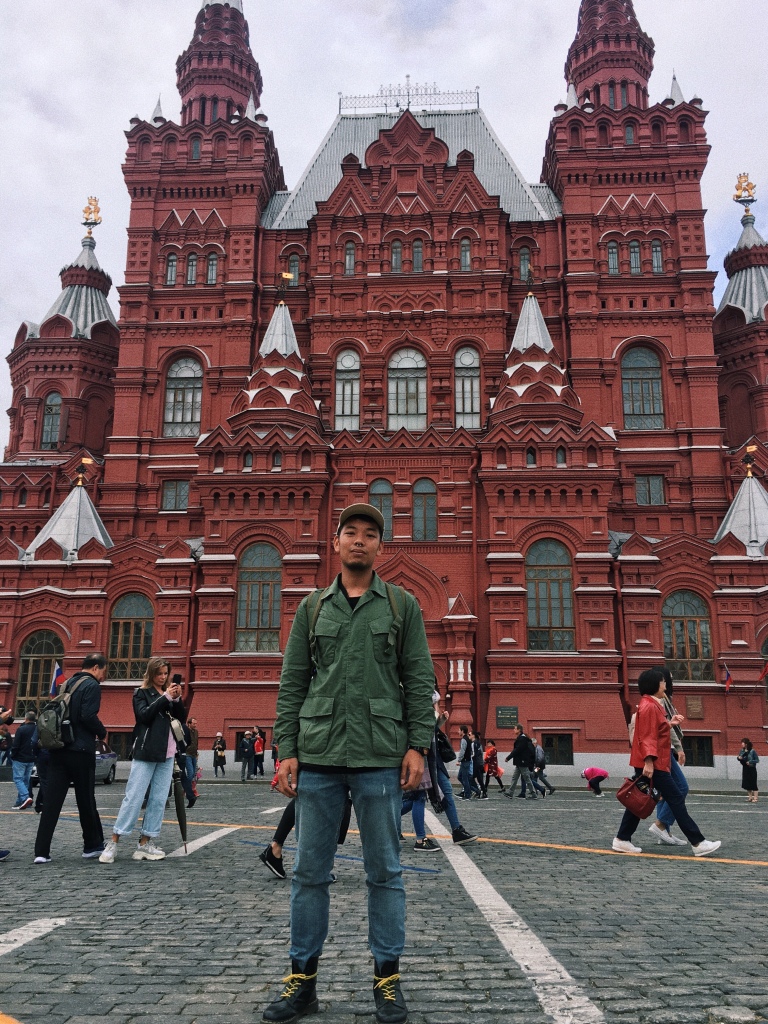 After Red Square, my next stop was The Kremlin. When visiting The Kremlin, make sure to come early: definitely earlier than I did. By the time I arrived, there was already a snaking queue for museum tickets. The Kremlin is home to many different museums. Unfortunately, the tickets to the Armoury Museum were sold out for the day. So, instead, I got tickets for the Cathedral Square museums.

Cathedral Square was beautiful. The square is surrounded by several cathedrals and Orthodox Christian churches, which also serve as museums. The cathedrals were central to the traditions of many of Russia’s Tsars, and the museums do an excellent job of explaining the significance of these religious landmarks. 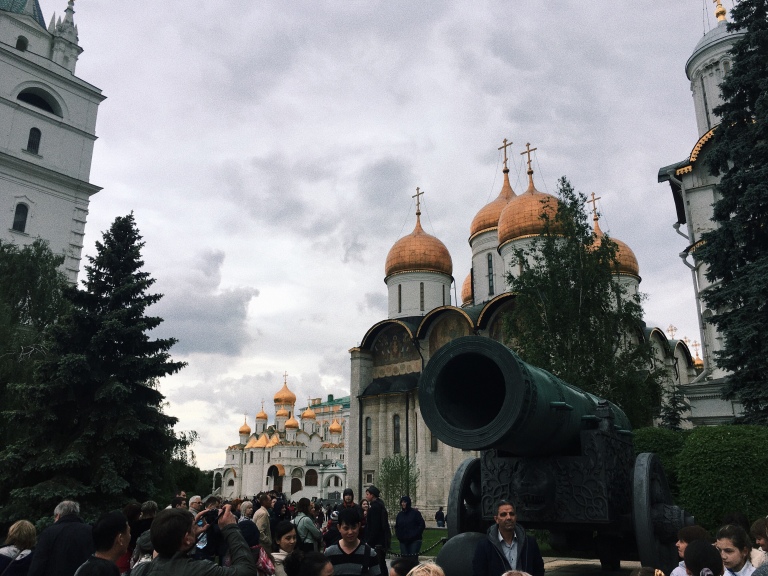 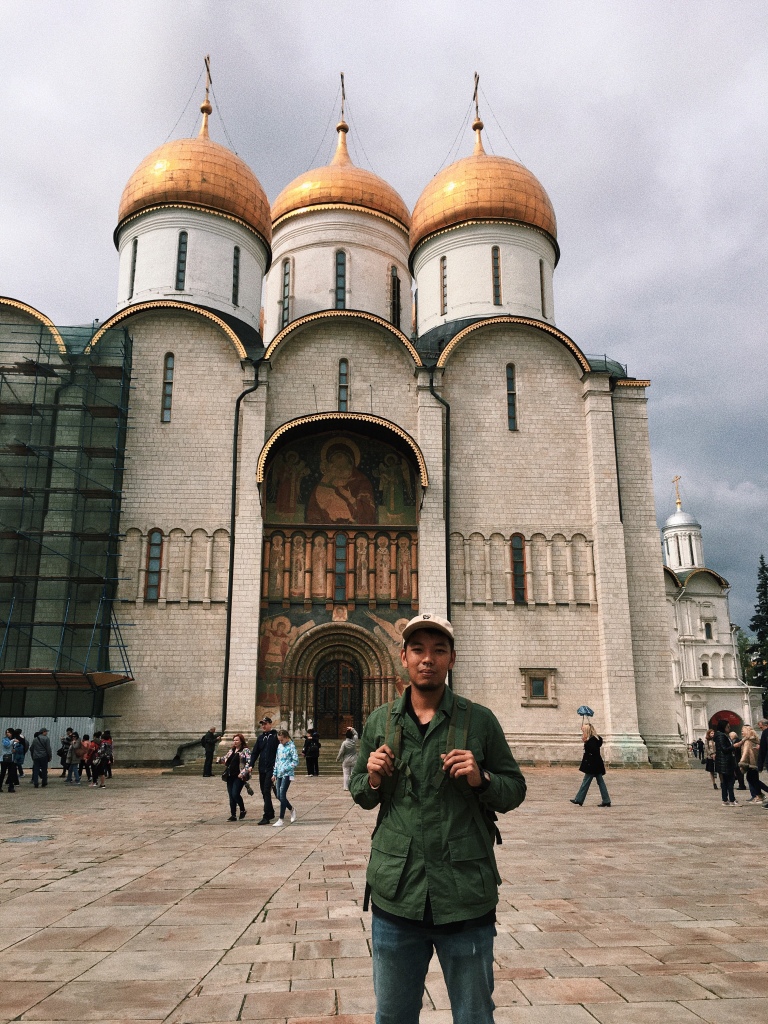 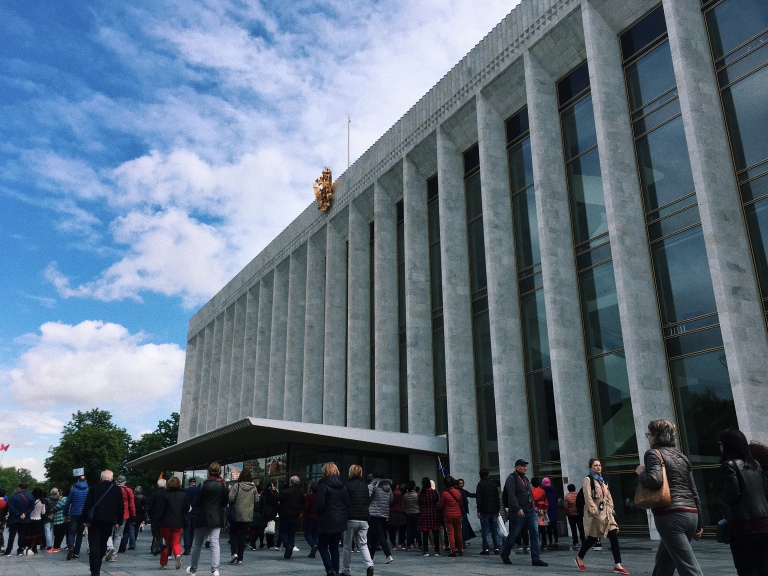 I left The Kremlin at 3.45pm and headed for my next destination: Gorky Park. After a short metro ride, I reached the park at around 4.30pm. Gorky Park is right by the Moskva River, so it’s riverside broadwalk offers spectacular views. The park is very popular with locals: you’ll see families and couples just sitting on the benches and enjoying the scenery. The park is also home to the Garage Museum of Contemporary Art, which was my final stop for the day.

The museum is located in a glass and steel building in the middle of the park. Admission was free because it happened to be the museum’s anniversary today. The exhibits at the museum are constantly changing, and it’s current main exhibit, in keeping with the spirit, was about the 2014 World Cup. Besides exhibits, the museum also hosts classes and workshops, and there are many books available for sale at its bookstore. After my failed attempt to appreciate modern art, I headed back to my hostel to rest for the night. 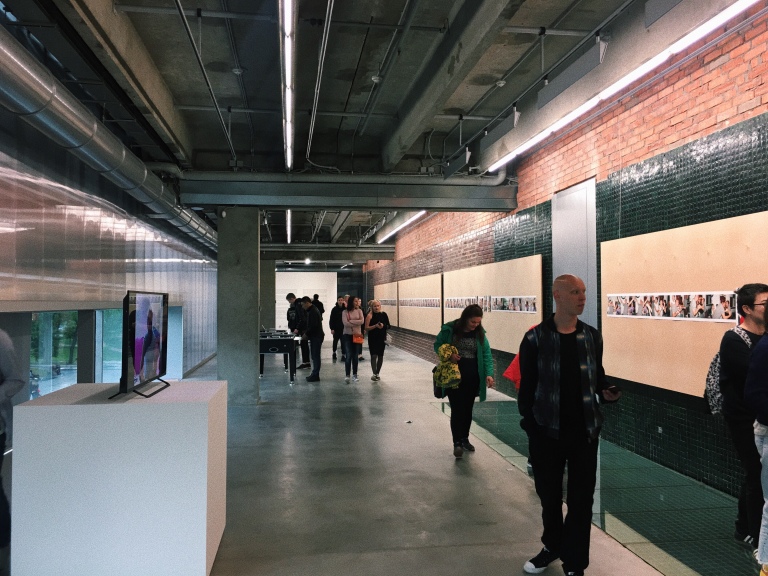