Thank you Brussels, your waffles and fries have been amazing, but alas, it’s time for me to leave. I woke up at 7.30am, but not so I could board a train, but so that I could log on and register for my Semester 1 courses back home in Singapore. After struggling with, and coming to terms with the ridiculous course registration system that NTU has, I left the hostel at 8.15am.

I made my way to Brussels-South Railway Station [Brussel-Zuid/Bruxelles-Midi] and boarded a train to Tournai (IC 1930, eurail.com, Eurail Pass). As I was travelling without making seat reservations, this was another multi-stage train ride.

The train departure platform was changed twice at Bruxelles-Midi. It was kind of funny to see groups of Belgians and French sigh collectively as they headed down the stairs to get to the new platform. 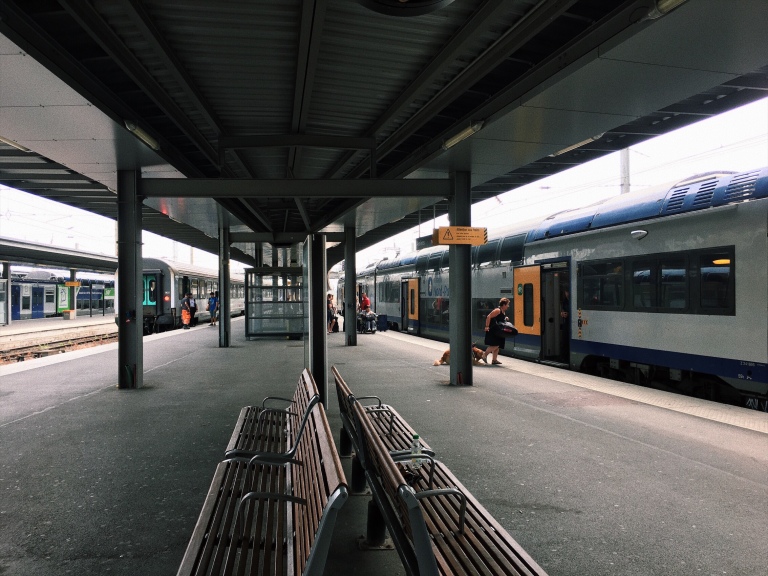 I reached Paris at around 1pm and quickly made my way to the hostel (Generator Paris Hostel, 105 SGD/night), as my phone was barely surviving with only 10% charge and I also needed a shower very badly. There was a long line to check in at the hostel, and by the time I got to my room it was around 2.30pm. 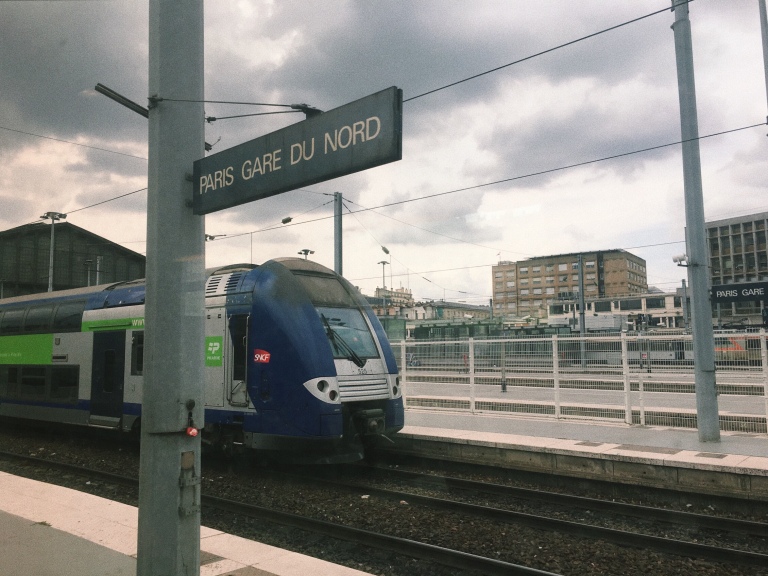 I spent the next few hours in the comfy room charging my phone, showering, and trying desperately to clear the backlog of blog posts that I had accumulated. By around 6pm, my phone was sufficiently charged, I smelt of roses once again, and I had managed to churn out two new posts. It was time to leave the hostel and head to my first and only stop of the day in Paris: the Eiffel Tower.

I took the Paris Metro to the Eiffel Tower. The Metro is probably the easiest and cheapest way to get around this sprawling city, with the exception of walking of course. Unlike other European cities, the main points of interest in Paris are relatively spaced apart, so you’ll inevitably have to take the Metro, unless you’re up for a long trek down Parisian streets.

Despite what people may tell you, most Metro stations seemed clean, orderly, and safe. Although, like other metro systems in Europe, trains can get a bit stuffy during rush hour.

Using the public transport system is simple, despite the network’s seeming complexity. If you’re travelling within the city of Paris proper, all you have to do is purchase a full fare ticket before each journey: they cost 1.90 EUR each. Then, you simply validate the ticket at the validation machines before boarding your mode of transport of choice. However, it is important to note that travel by buses and trams are considered separate journeys from travel by Metro and RER (the Paris area commuter rail). If you travel by Metro or RER and change to a bus or tram, you’ll need to purchase another full fare ticket, and the same applies if you’re changing from bus or tram to Metro or RER. Fortunately, most attractions are within walking distance of a Metro or RER station, so you’ll hardly ever use a bus or tram in Paris.

Anyway, I reached the Eiffel Tower at around 8pm. It was a bit surreal to finally see the Tower in person. More surreal than any of the other iconic buildings I had seen so far. Maybe it’s because the Eiffel Tower is not just a symbol of Paris, but of France itself. And also maybe because the Tower is so prominently featured in all kinds of media across so many different generations. The tower almost feels like some sort of natural formation that’s been there for as long as anyone can remember. 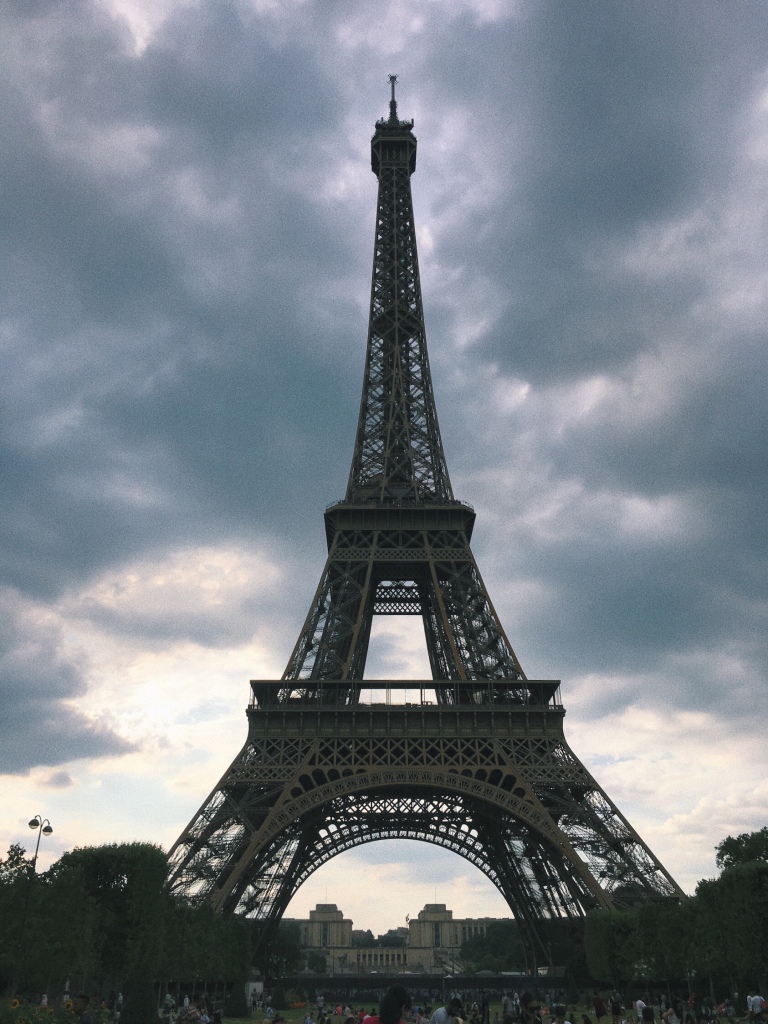 But, despite the surrealness of the experience, I didn’t succumb to the curse of the Eiffel Tower: the urge to go up to its top. The reason is simple: most people come to Paris to view the Tower, but, if you go up the Tower, how can you see it? So, I was perfectly content with taking pictures of the Tower from street level, where you can really feel the imposing and awesome aura of this structure. I got done taking photos at around 8pm and decided to have dinner at the least French of places imaginable: McDonald’s.