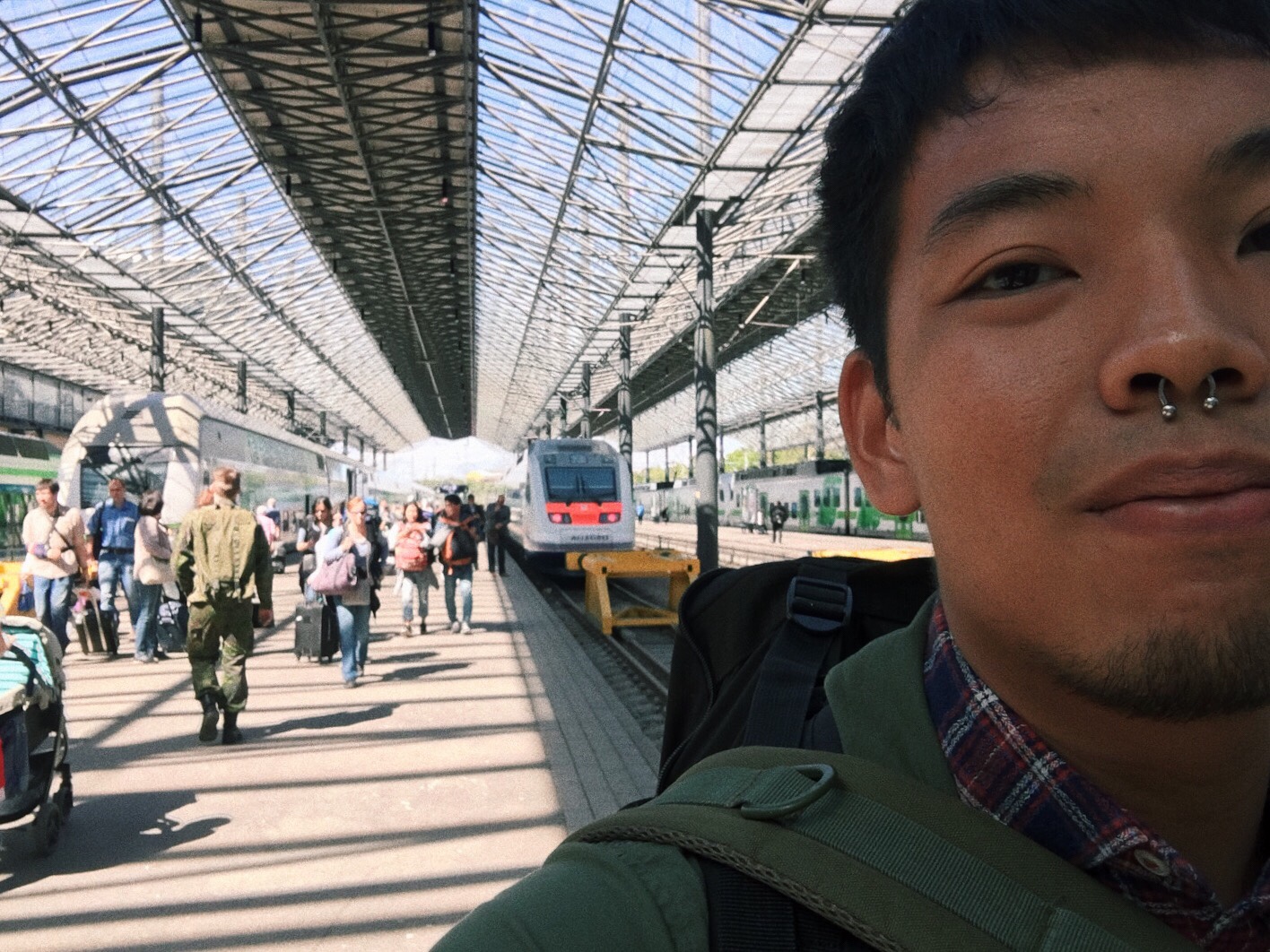 It’s my third and final day in Saint Petersburg today. I find it ironic that I’m leaving Russia just as the World Cup is beginning, but the march has to continue. I woke up at 8.30am and headed to Saint Petersburg–Finlyandsky Railway Station [Станция Санкт-Петербург-Финляндский, Stantsiya Sankt-Peterburg-Finlyandskiy] (I’m noticing a pattern of confusingly named Russian stations) to board my high-speed train to Helsinki (Allegro 783, vr.fi, 59 EUR/92 SGD/pax).

Since I reached the station early, I decided to have some breakfast first at the station cafe. It was a cafeteria style eatery, much like many eateries in Russia are. I got some mystery-meat sausage, some eggs, and some Russian pancakes. 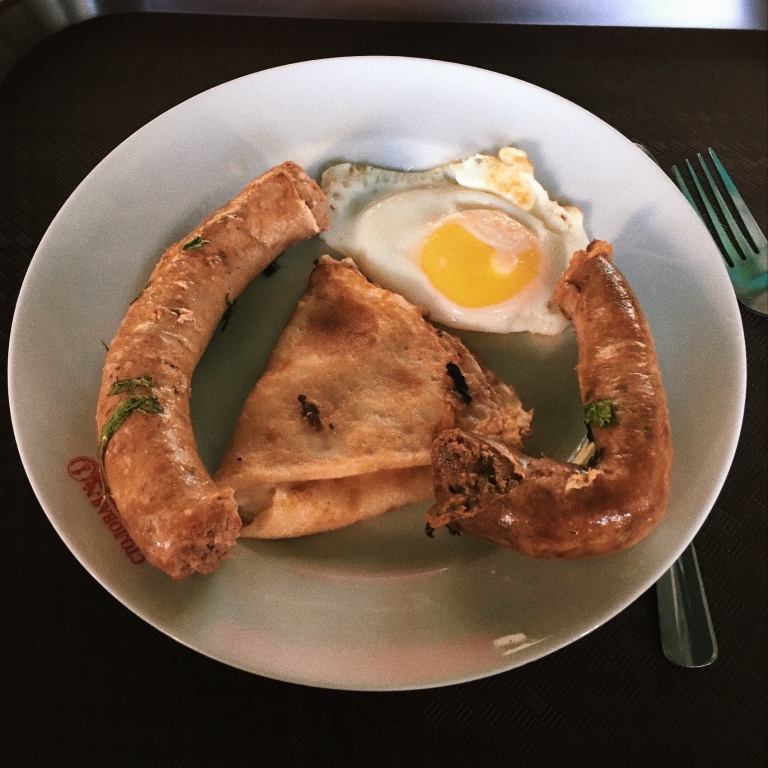 I was a bit confused as to where to board, because all the trains departing the station seemed to be local trains. It was only after asking a staff member that I realised that there were actually two departure halls in Finland Railway Station: one for local trains and one for the international train to Helsinki. 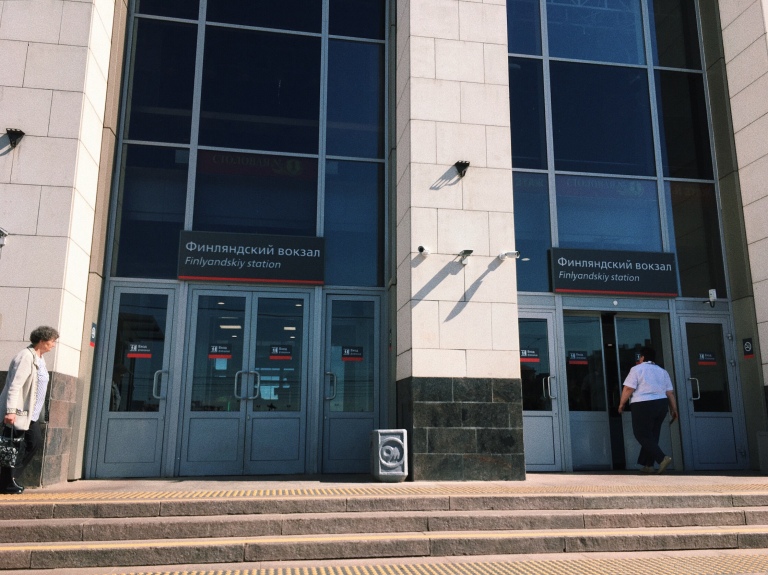 After finding the correct departure hall, which was located on the side of the main building, I cleared the ticket checks and boarded the train. One thing I’ve always found peculiar is how people enjoy queuing for things that they don’t have to queue for: like boarding trains. It’s not like the train is going anywhere without you. You’ve already reserved a seat, so just sit down and take your time to board. It’s sort of like how people queue to exit the plane when it really doesn’t make the slightest bit of difference to be honest. 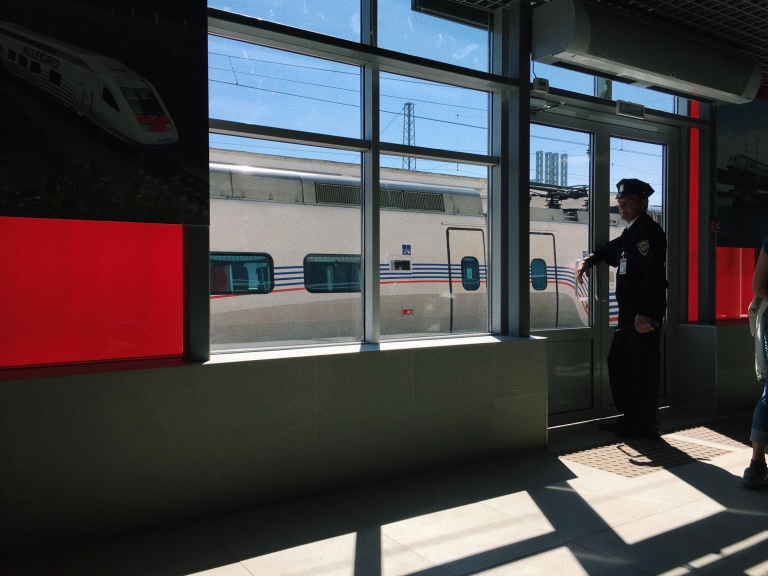 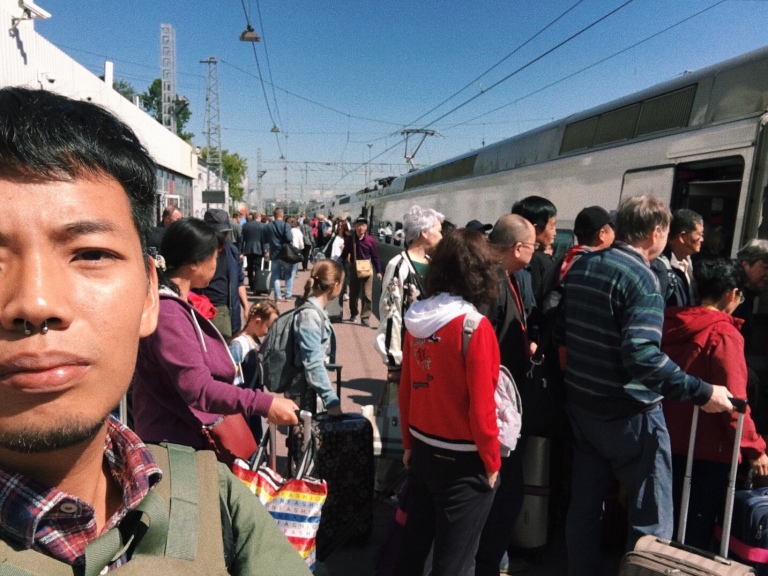 Where’s everyone rushing off to!? 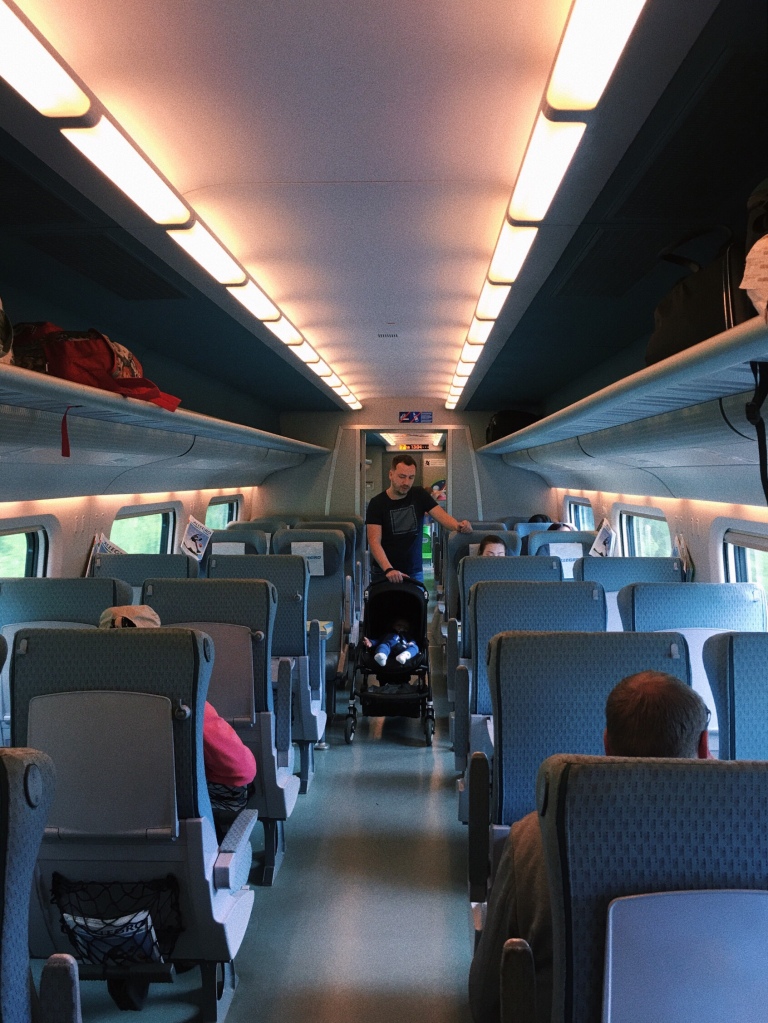 Anyway, the trip to Helsinki was rather short and uneventful. The three-hour trip passed quickly: I guess three hours on a train is no longer daunting after the Trans-Siberian. Interestingly, there are no immigration facilities at either station: immigration is done on board the trains instead. Before the train leaves Russian territory, Russian immigration officers will come on board and perform outbound passport control at your seat. Once the train has crossed into Finland, Finnish authorities will then perform inbound passport control at your seat as well. 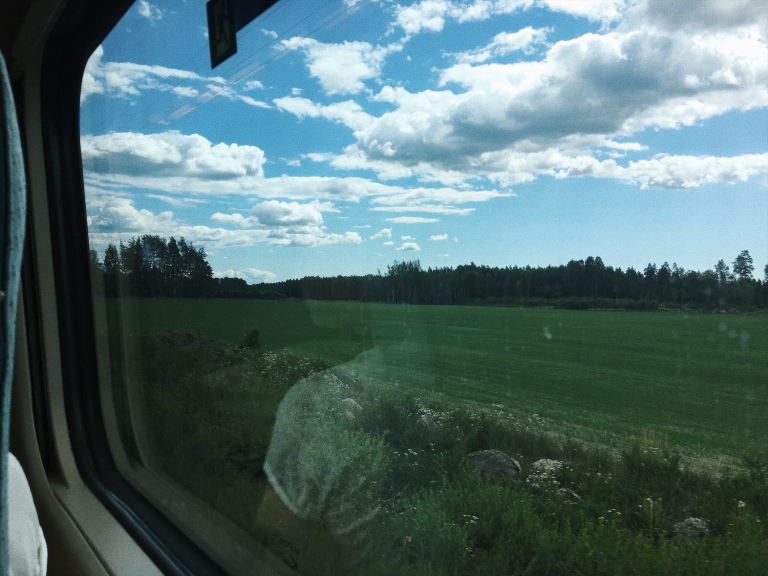 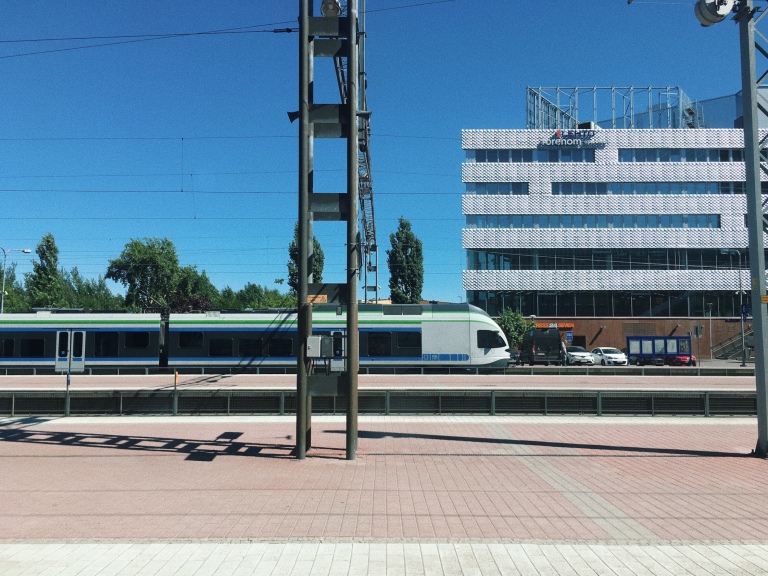 The Allegro train pulled into Helsinki Central Station [Helsingin Päärautatieasema] at 3pm. Almost everyone in Helsinki speaks English, which made it easy for me to buy my usual “city essentials”. Definitely a welcome change from having to point and gesticulate all the time. After buying a Finnish SIM card and changing my Rubles into Euros, I headed to my hostel (CheapSleep Hostel, 28 SGD/night) by tram. 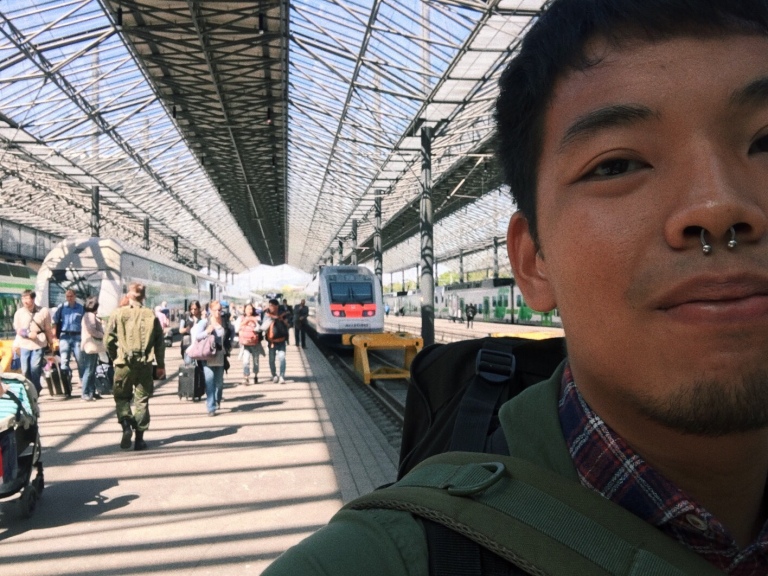 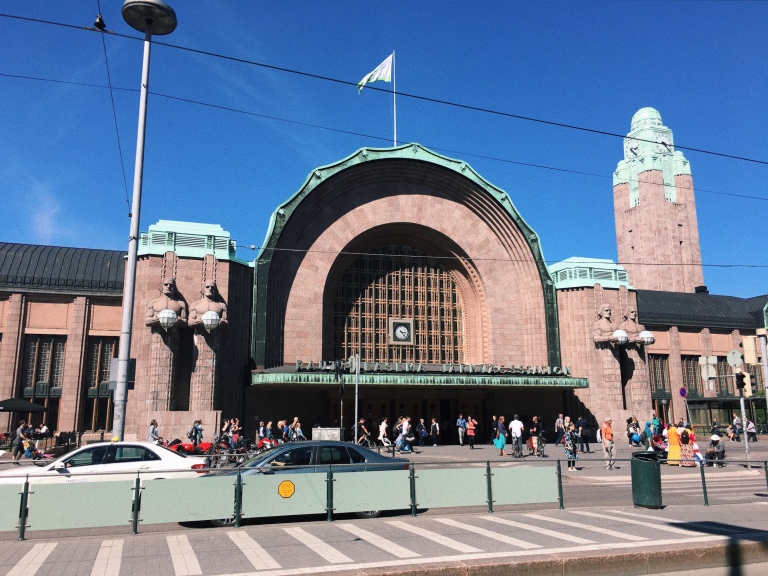 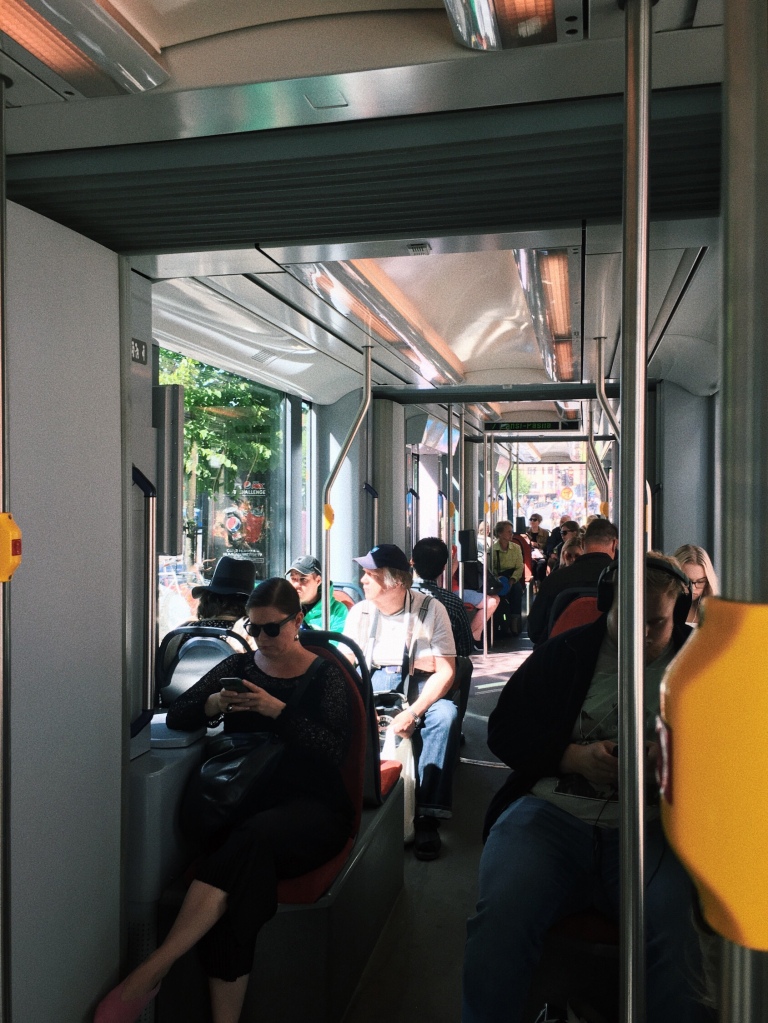 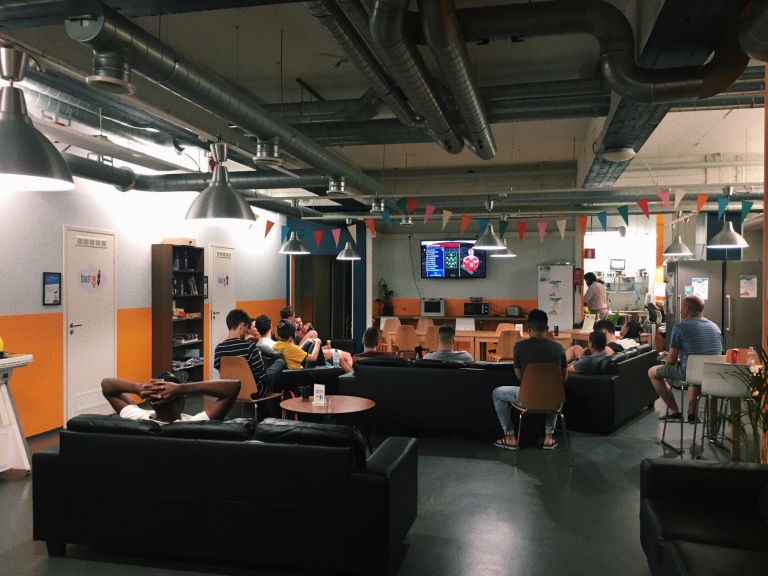 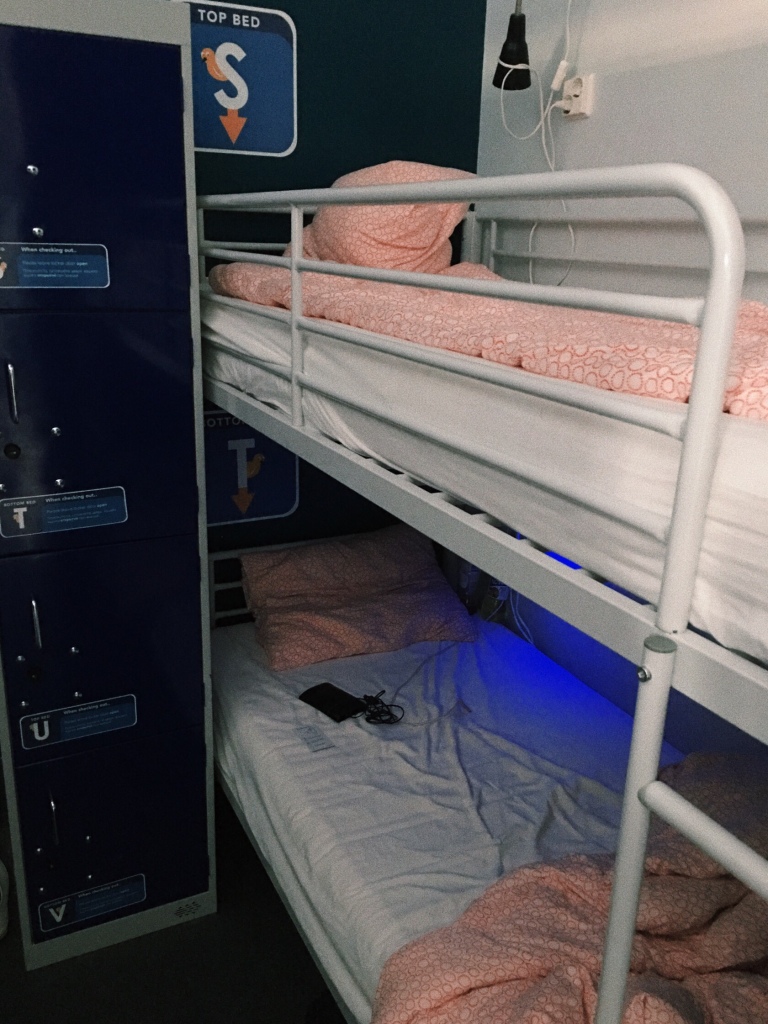 By far the best hostel so far!

Getting around Helsinki by public transport is a breeze. The system (HSL) consists of metro, buses, trams, and certain ferries. These are paid for either by single trip ticket or by day-pass. Single trip tickets are bought at the point of boarding: usually at terminals at the doorways of trams and busses, and at the entrances of metro stations. You simply select the area you will be travelling in, select the number of tickets you’re buying, then tap your HSL card to pay.

However, as the system is rather expensive, I would recommend buying a day-pass if you intend to travel extensively throughout the Helsinki area. A day-pass allows you to make an unlimited number of trips on the system for a flat rate per day. I got a two-day pass for only 13 EUR, which might seem expensive until you consider that a single trip ticket normally costs around 3 EUR per trip. Every time you board a vehicle, simply tap you day-pass on the reader.

Alternatively, you can simplify the already simple ticketing system by downloading the HSL app. With the app, you can purchase single trip tickets or day-passes right on your phone. There’s no need to tap your phone to the reader because tickets bought via the app already serve as proof of purchase. Further instructions on ticket inspection are available in the app. The app also has an extremely useful route planner that shows you how to get to your destination. You can also specify your preferred mode of transport, check the cost of the journey, and see the arrival times of services at your stop. This app is a must-download when in Helsinki. 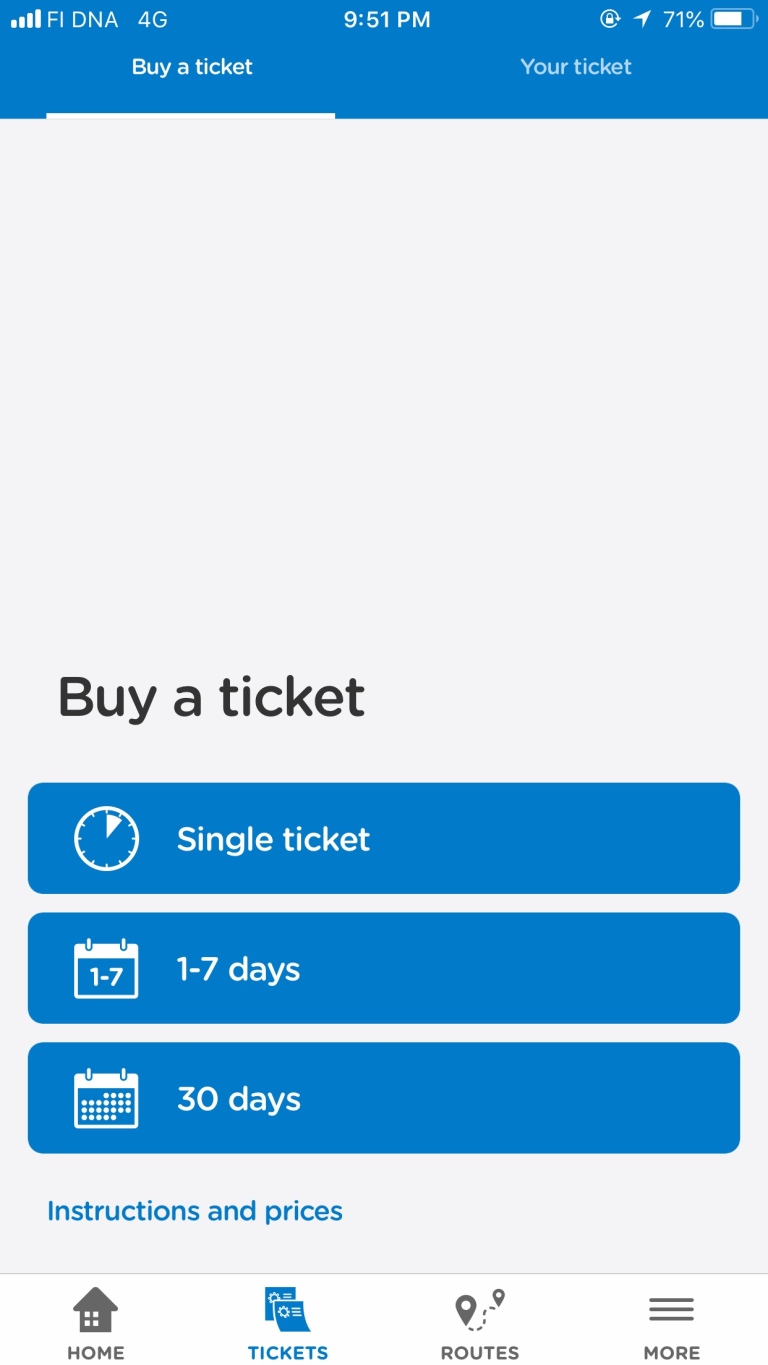 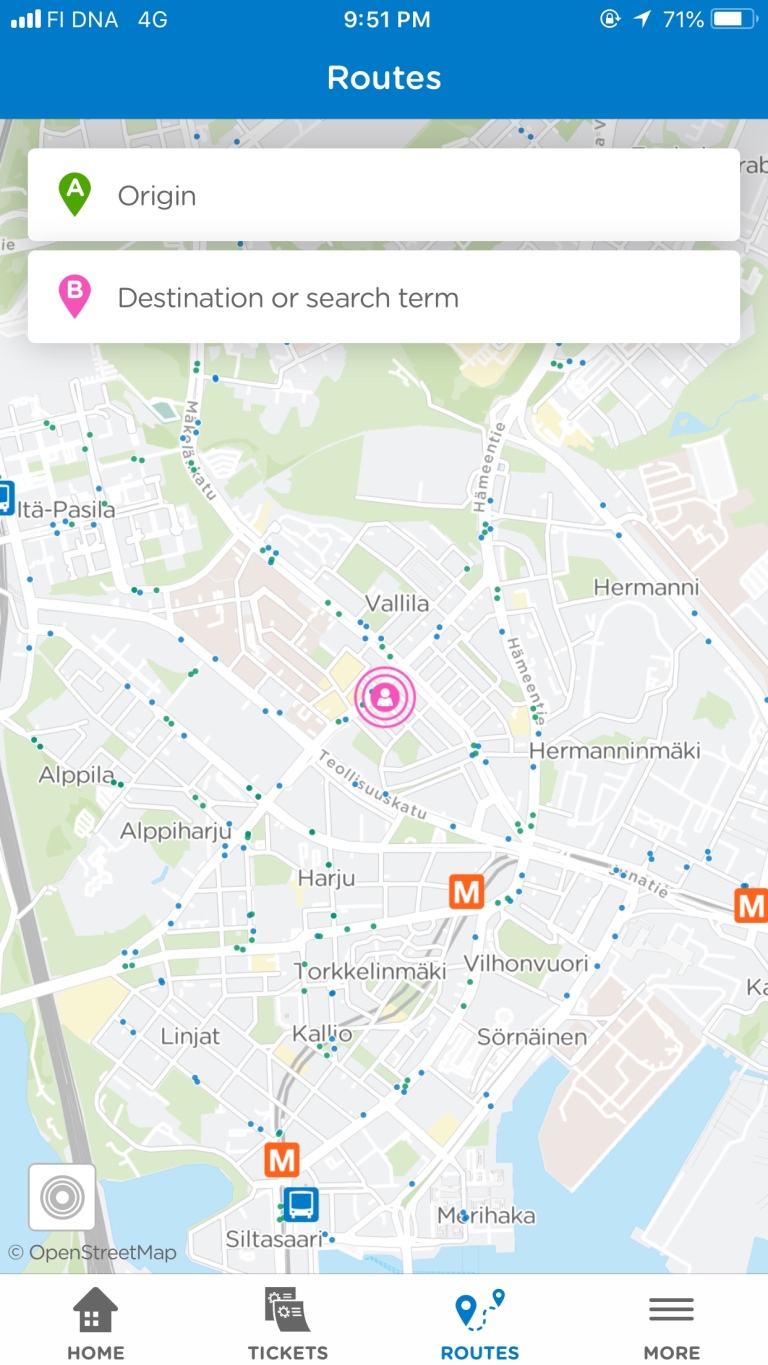 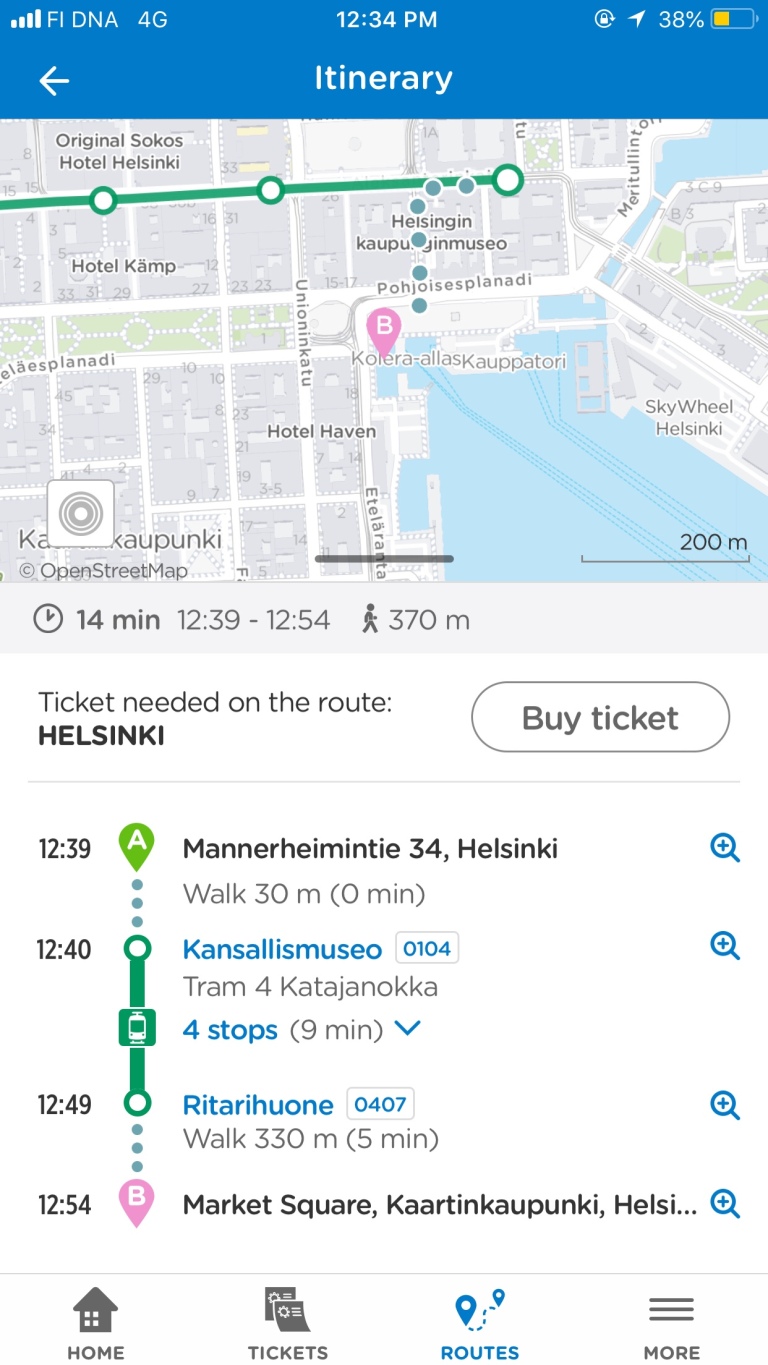 So, after checking in, I decided to do some laundry. All this while I had been reusing clothes that didn’t smell too bad, and I realised the last time I did laundry was in Shanghai. The laundromat was in a supermarket, so while my clothes were in the dryer, I bought two microwave meals for dinner. One was mashed potatoes and unknown fish, and the other was mashed potatoes with unknown meatballs. After dinner, I decided to turn in early so I could catch the first ferry to Suomenlinna the next morning. 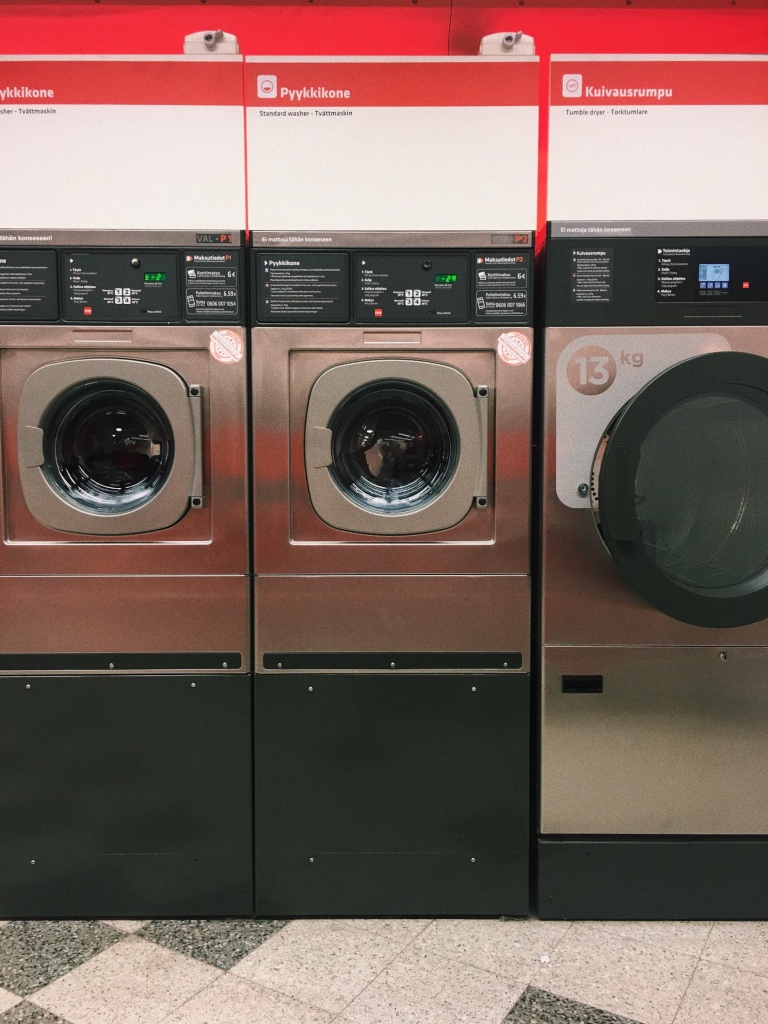 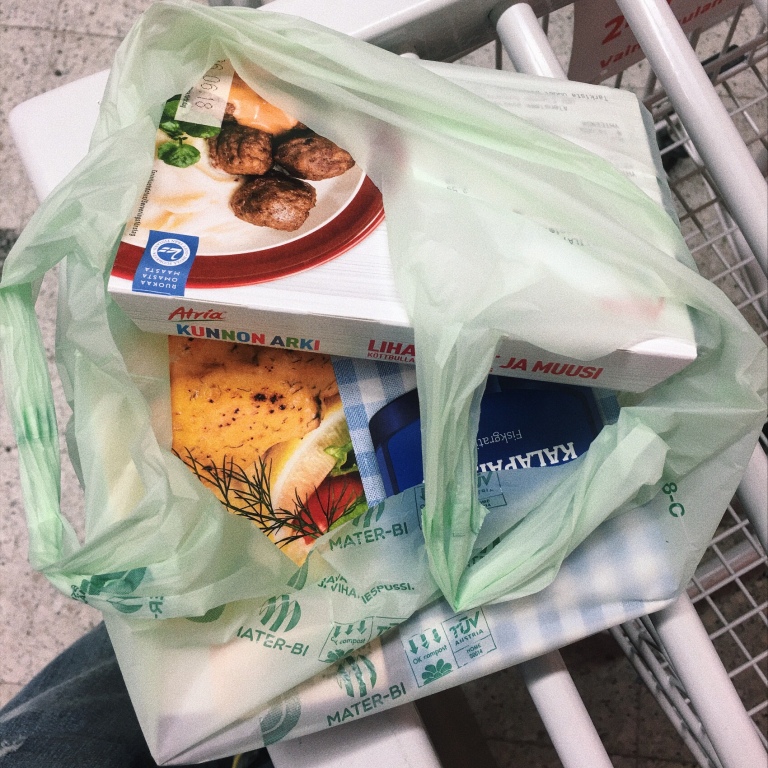 One thought on “Day 36 – Saint Petersburg/Helsinki”