Alright, I’m in the last few hours of my ride. I woke up at 7.30am. The train pulled into Omsk at 8.58am. It was a short stop, only 20 minutes long. I went on to the platform and had my morning smoke. 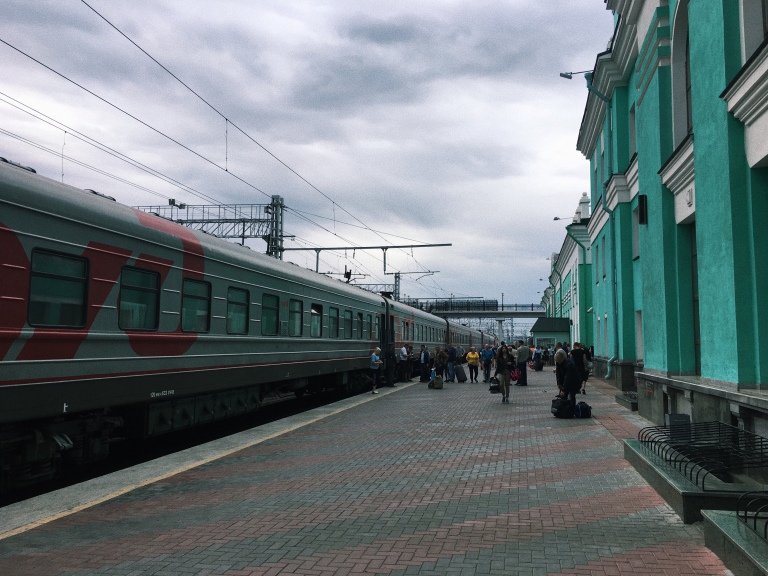 You know that cheesy quote that goes “Airports have seen more sincere kisses than wedding halls”. Well, it holds true for railway stations as well. Railways can be an emotional place. I saw an old man break down after saying goodbye to what I presume was his family. He had been on the train with me since Ulan-Ude. When he alighted at Omsk, I thought this was his stop. But then, 20 minutes later, he was back on board the train with me. As the train left the platform, he stared at the window rather stoically. Suddenly, he started crying. The entire time the train was leaving the station, his face was plastered against the window: crying and waving goodbye to his family. 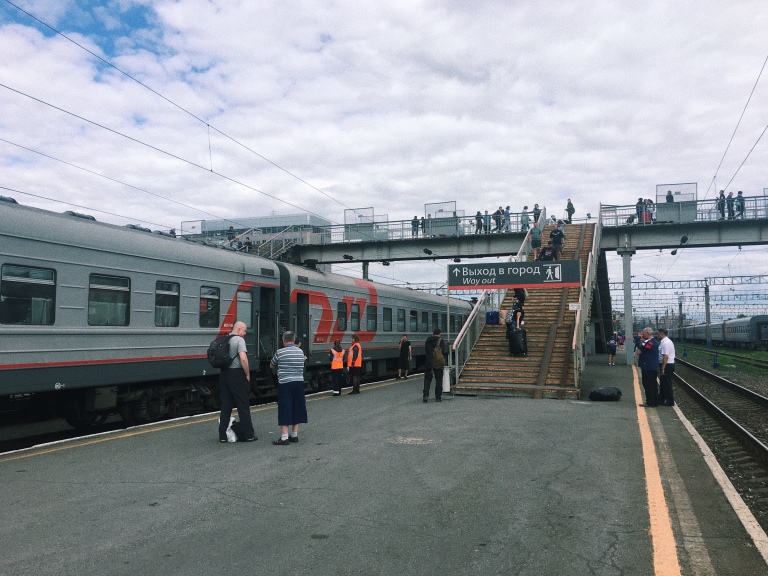 On the train, I talked to two interesting Russians: Viktor and Tatyana. I forgot where they had boarded, but we started chatting after the train left Omsk. Viktor was on his way to watch the World Cup, but he was headed to Yekaterinburg first. He asked me the usual stuff: how’s Singapore, how big is it, how many people there were, how old I was, what was I studying, what route I was on.

We talked for quite a bit, even though my Russian was non-existent. Their English was sufficient for us to communicate, and we used Google Translate whenever they couldn’t find the English words they were looking for.

The rest of my journey resembled the past few hours: more Netflix and more time spent in the restaurant car. Eventually, the train reached Yekaterinburg Railway Station [Екатеринбург-Пассажирский, Yekaterinburg-Passazhirskiy]. I said goodbye to Viktor and Tatyana, and we exchanged social media. By the time I exited the station, it was already 10.30pm. I headed straight for my hotel, the Marins Park Hotel (46 SGD/night), which was located just across the road from the station. 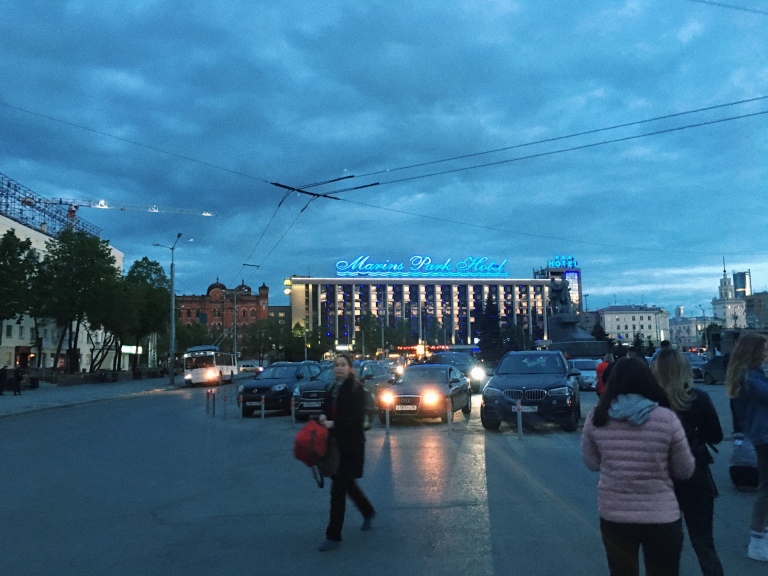 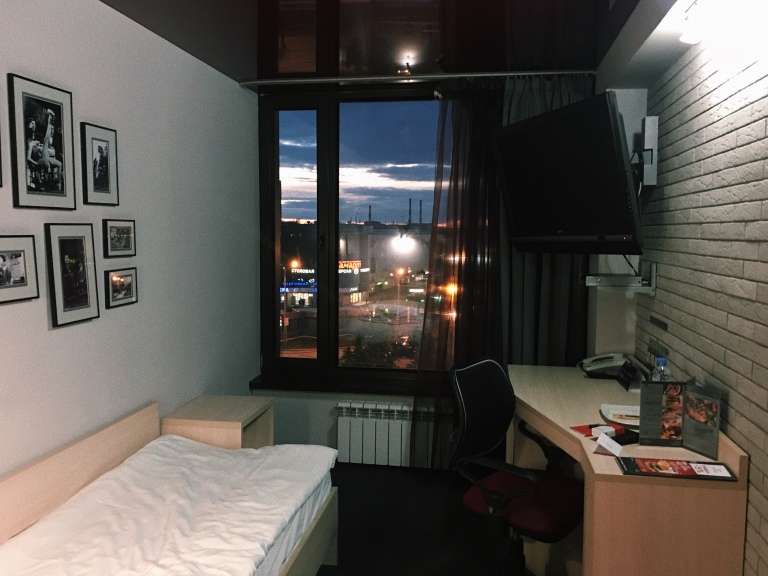 The room was definitely pricey, but after three days on a small bed in a tiny cabin, I was willing to splurge a bit. Treat yo’self. And it was worth it. There was a spacious bed. Free wifi. And best of all, a shower. With hot water too! I spent the rest of the night recharging, both my electronic devices and my soul, for the final 25-hour train ride to Moscow the next day.