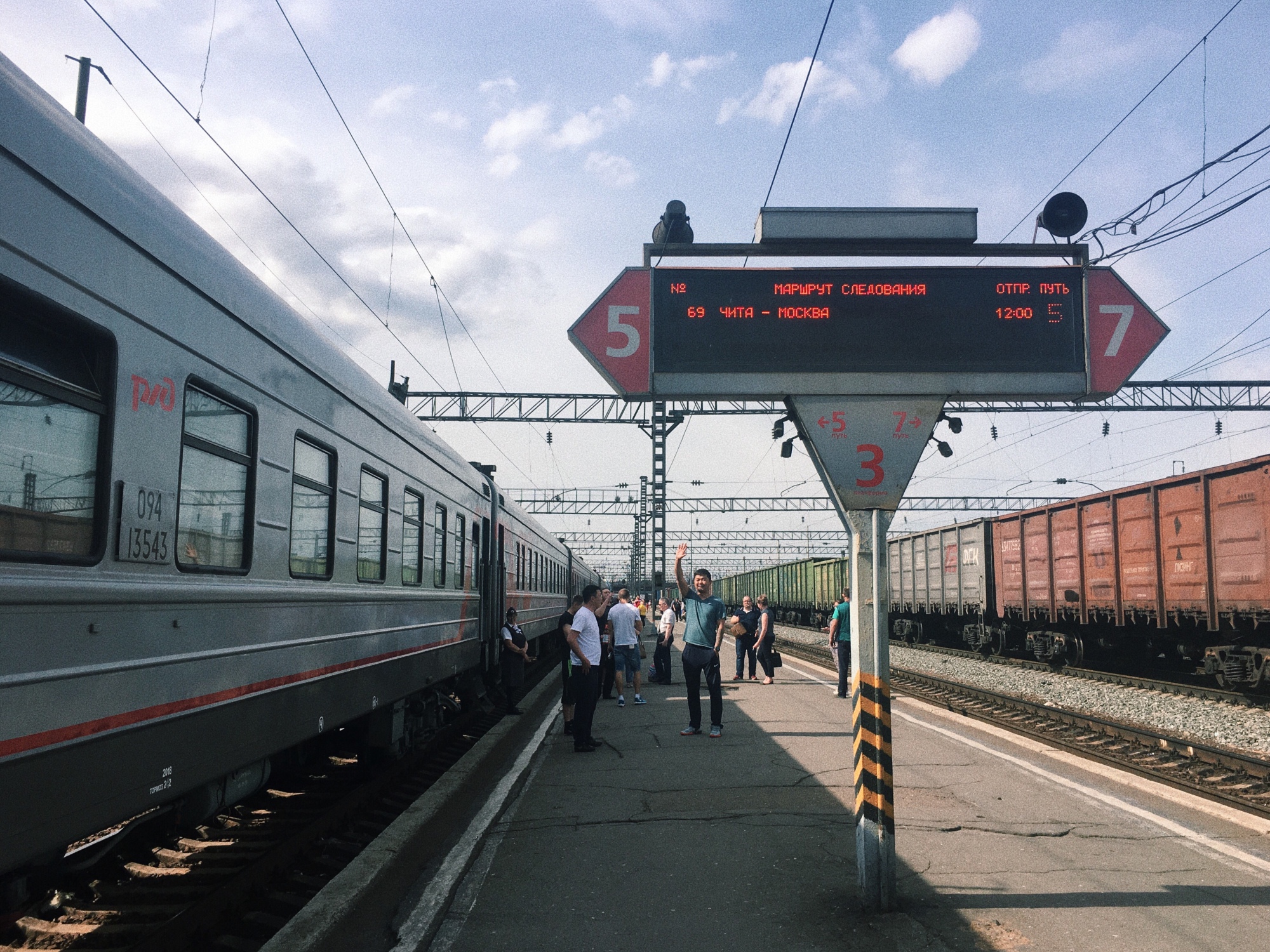 It’s my first full day in Russia. I woke up at 6am, and at 6.45am, I walked to the Ulan-Ude Railway Station [Железнодорожный вокзал Улан-Удэ Пассажирский, Zheleznodorozhnyy Vokzal Ulan-Ude Passazhirskiy], where my Trans-Siberian train to Yekaterinburg (RZD 069, rzd.ru, 6628 RUB/142 SGD/pax) would be departing from. I boarded the train at 7.30am, and the train left the station at 8am. My journey from Ulan-Ude to Yekaterinburg would take 60 hours, so I made sure to stock up on cup noodles and instant potatoes (a Russian favourite) before boarding the train.

Once on board, I took a nap until 11am. I was exhausted from being constantly on the move, and some nap time was just what I needed. Plenty of time to rest on this leg of the Trans-Siberian. 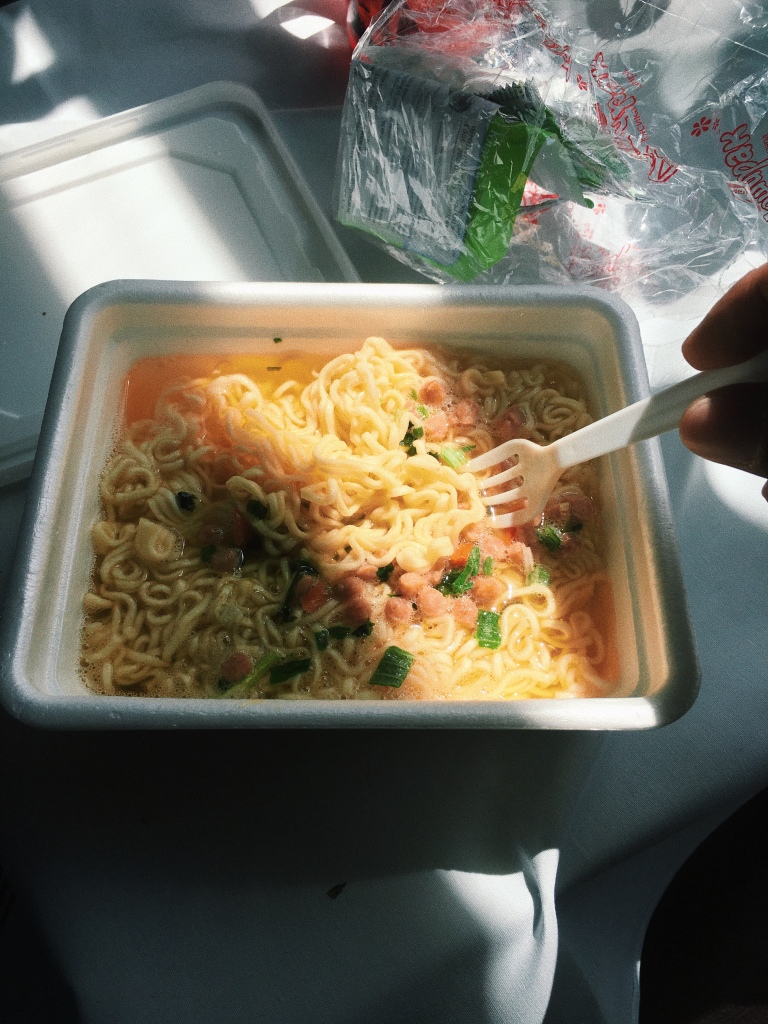 This was lunch for the next 60 hours.

In my soft sleeper cabin were three other people: Misha, and Natasha and her three-year-old son, Gorsha. Misha was really friendly and tried to make conversation with me in English after I had woken up from my nap. He was travelling to Irkutsk, his home, after running an errand in Ulan-Ude. His family was originally from Novosibirsk, but they moved to Irkutsk almost 20 years ago. They moved because the collapse of the USSR made it hard to find jobs in Novosibirsk. Since then, Misha and his family have been living in Irkutsk.

Meanwhile, Natasha and Gorsha were travelling to Ilanskaya to visit Gorsha’s grandmother. Natasha said she had to work, so she was going to leave her son in her mother’s care for a while.

As the train passed Lake Baikal, the world’s largest freshwater lake, Misha woke me up so I wouldn’t miss the beautiful views. Lake Baikal was huge. Even at its narrowest point, it was hard to make out the land on the other side. The lake almost seemed like an ocean.

At 4.20pm, the train reached Irkutsk. Those of us left in the cabin said goodbye to Misha. Then, I left the cabin to buy some more food at a minimart opposite the Irkutsk Railway Station. The train was stopping at Irkutsk for 40 minutes. On the Trans-Siberian, there are long stops of at least 20 minutes every four hours or so. These stops allow passengers to purchase food, to smoke, or just stretch their legs. Back on board the train, Natasha gave me a glass of a traditional Russian drink called Kvass. It was delicious and had a sort of alcoholic taste to it. Natasha said it would help me sleep better. 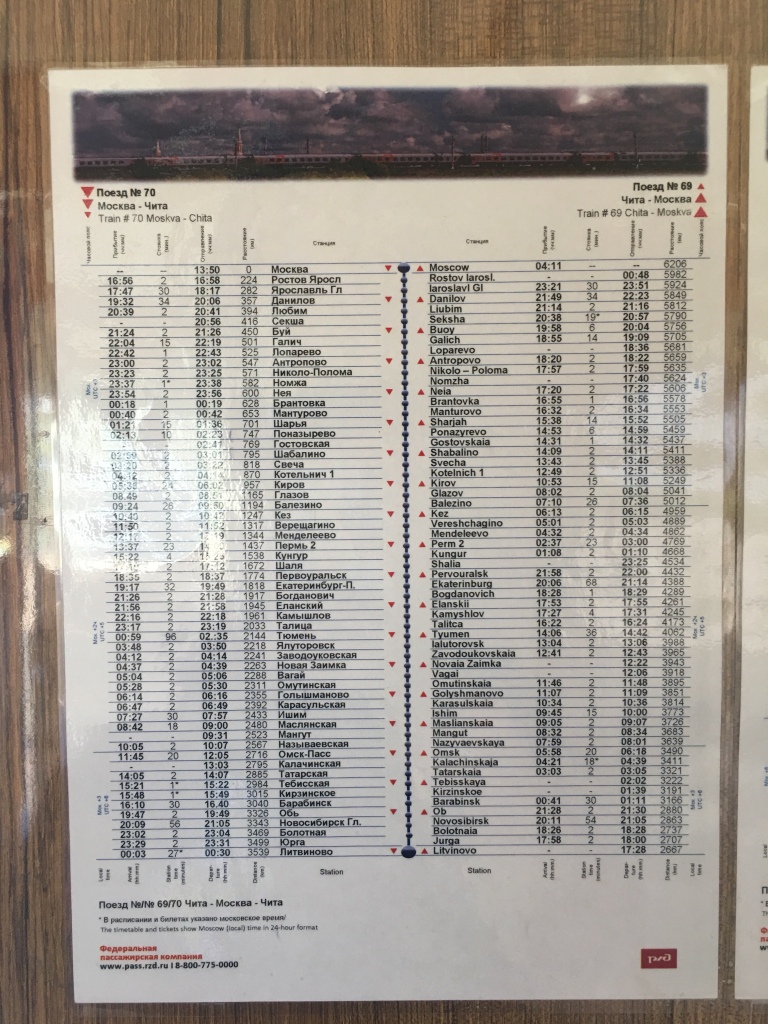 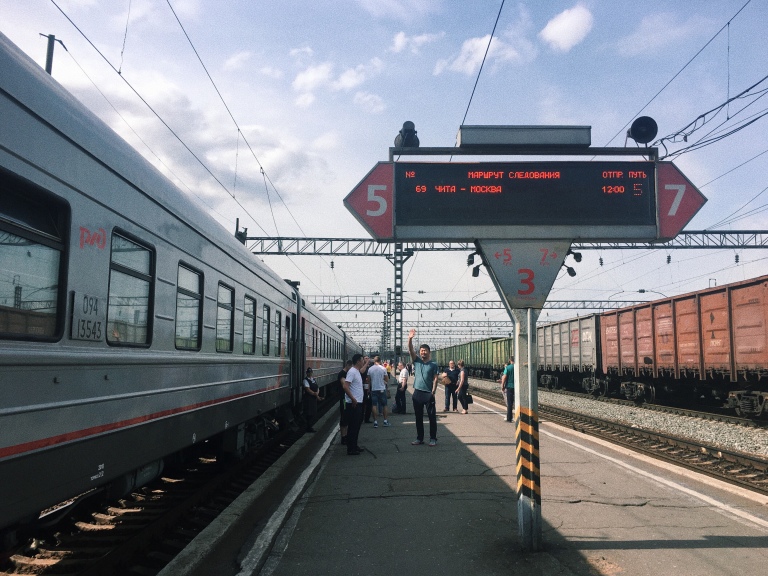 At around 9.30pm, the train pulled into Zima. I left the cabin for a smoke. The train left the station at 10pm, and I stayed up for an hour more watching Netflix. When I eventually went to sleep at 11pm, the sun was still up. Time in Russia is much like in Mongolia: funky. 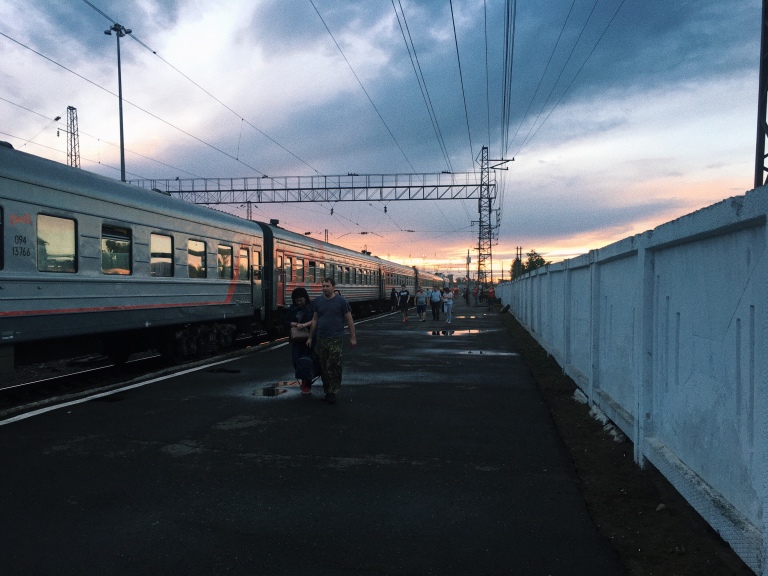