The train reached Erlian Railway Station [二连站, Er Lian Zhan] at 6.50am. I woke up a little earlier than that, so I had ample time to brush my teeth and wash my face. The moment I exited the station, there were taxis, vans, and jeeps waiting to transport passengers to Zamyn Uud, Mongolia. I asked for the price and hopped into one (Van, in front of Erlian Railway Station, 80 CNY/16 SGD/pax).

Despite its remoteness, Erlian is a pretty big city. According to the man on the train last night, Erlian is the northern port of entry into China, so it’s seeing a lot of development. Most businesses here thrive off the movement of people and goods across the Chinese-Mongolian border.

Now, here’s what I didn’t know about the vans that drive you across the border. The drivers aren’t only picking you up, they’re trying to get as many passengers as possible in one trip. I was quite curious as to why he kept stopping at squares and apartment complexes, but it all made sense after a few more passengers came on board. Think of this cross-border ride as a GrabShare, Mongolian style.

The van was filled with all kinds of passengers by the time we were ready to cross the border. One passenger was hauling lots of construction equipment. The driver even asked me to help him load some of the rolls of insulation on board. Another two guys wanted to smuggle knives on board. The driver said he’d only do it for at least 200 RMB per person because smuggling knives was illegal. After some haggling, the guys got on board, knives and all.

Not pictured in this photo: knife smugglers.

We finally reached the border at 10am. The Erlian-Zamyn Uud border crossing is by far the strangest I have been through. Upon exiting Chinese immigration, you must re-board the van. The van will then drive you to Mongolian immigration. You really feel like you are entering new territory when doing this border crossing. There’s a large no-mans-land between the two immigration buildings. And unlike other border crossings, such as Cambodian-Vietnam, both sides of the border do not share much in common. Gone are Chinese characters, replaced by Cyrillic alphabet. Typical Chinese architecture makes way for Soviet-era buildings. 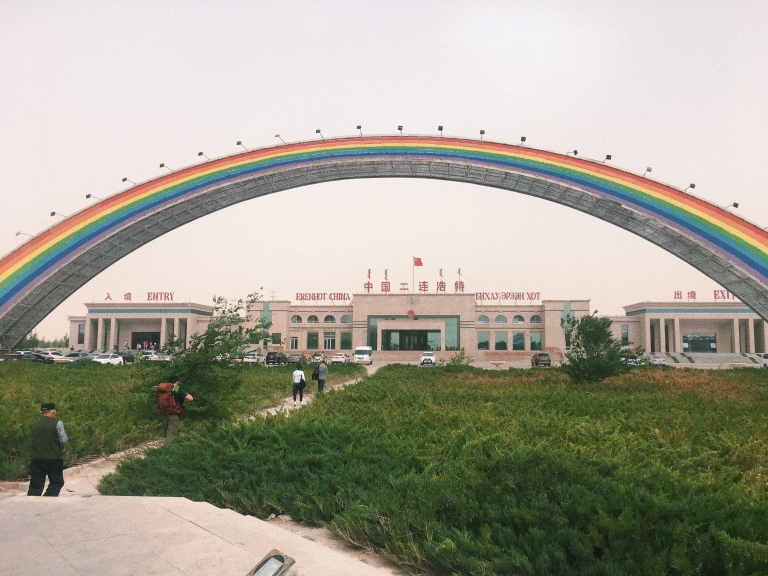 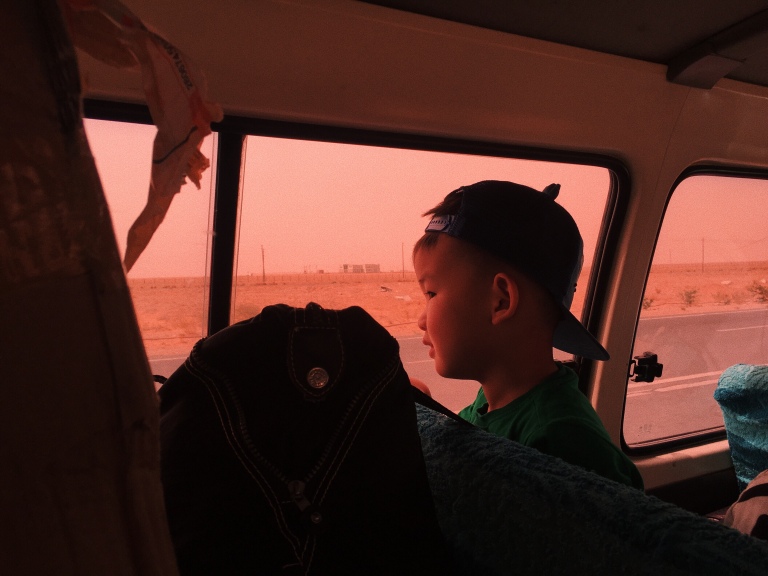 The no-man’s-land between China and Mongolia.

Once we entered Mongolia, the driver dropped us at Zamyn Uud Railway Station [Замын-Үүд өртөө, Zamyn-Uud Ortoo]. Since I was going to Ulaanbaatar by train, he asked a girl on board the bus to help me purchase my tickets. Her name was Enkhjin.

Enkhjin could speak Mandarin, as she was a medicine student at a Hohhot university. She helped to translate my Mandarin into Mongolian. We went to the ticket counter, located on the second floor of the black window building on the left of Zamyn Uud station. I asked for a bed in a soft sleeper (Train 275, buy at Zamyn Uud Station, 39250 MNT/21 SGD/pax). While we were buying my ticket, an Israeli man was having difficulty changing his soft sleeper tickets to hard sleeper tickets. We helped him explain his request to the ticket counter lady. I helped by translating English to Mandarin. And Enkhjin helped by translating Mandarin to Mongolian. It was a very “globalised” moment. After that, she helped me get a data SIM card as well. 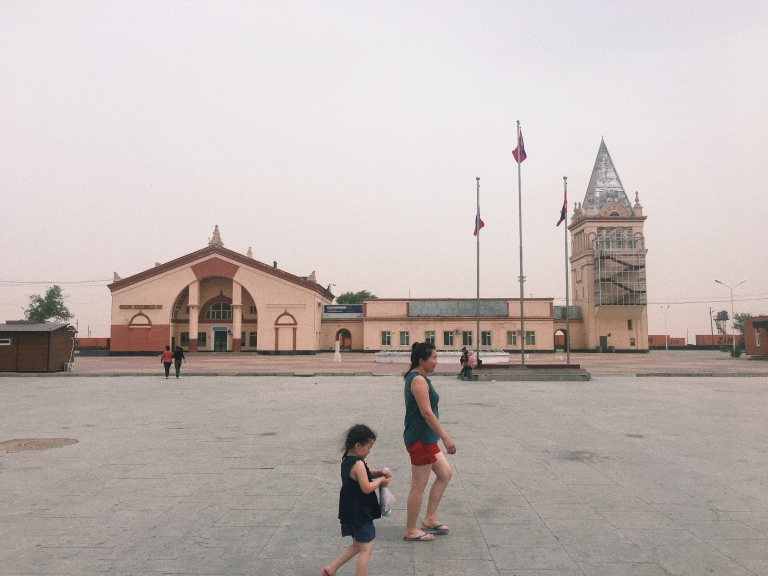 The ticket building is the black windowed building (not pictured) to the left of Zamyn Uud station.

After I thanked her and left the ticket building, I ran into her again at a cafeteria. Since she was also having lunch, she helped me order some of her favourite Mongolian food. She got me some beef in a delicious sauce and served with mashed potatoes. Maybe I was just hungry, or sick of Chinese noodles, but this meal was amazing.

After lunch, we parted ways (for real this time). I’m very lucky that Enkhjin was on the same bus as me. Without her help, I would’ve been stuck in the same predicament as the Israeli man. I spent the rest of my time reading and waiting for the departure time. I also explored the square in front of the station. 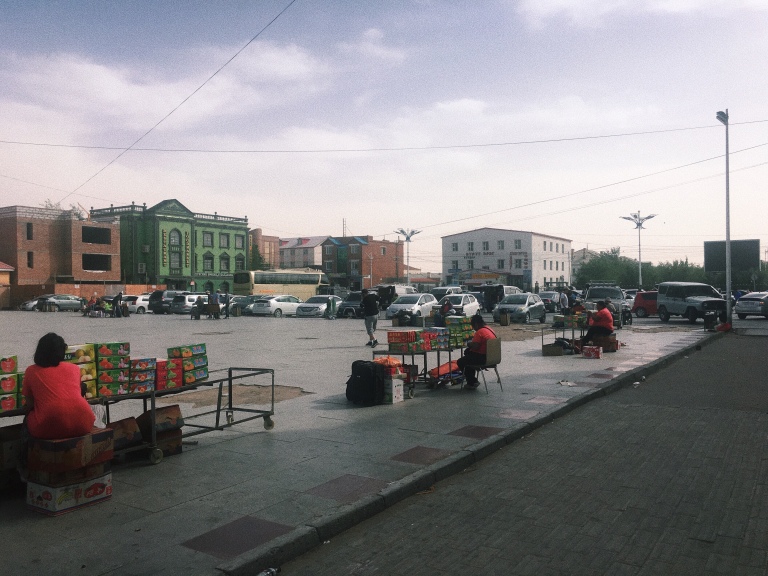 I finally boarded the train at 5.45pm. The train left the station on time, at 6.05pm. Not long after departing from Zamyn Uud, we entered the Mongolian plains. Nothing but flat land surrounded the train. There was sand everywhere. 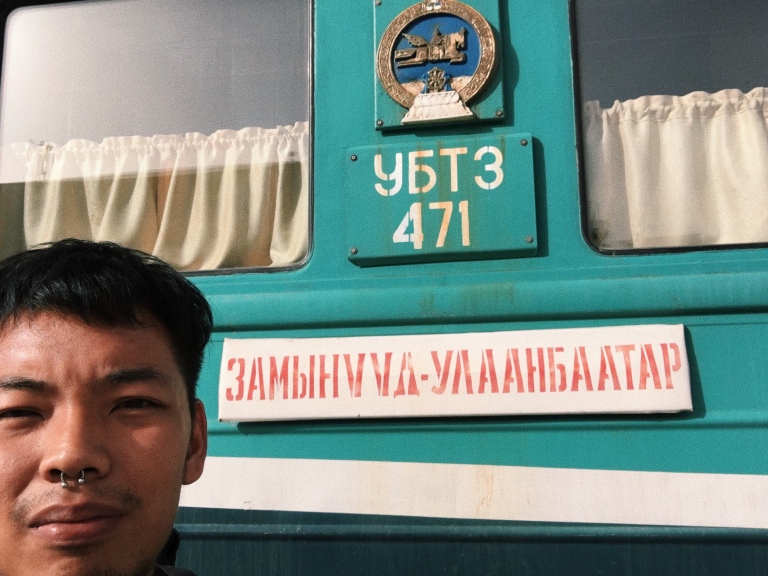 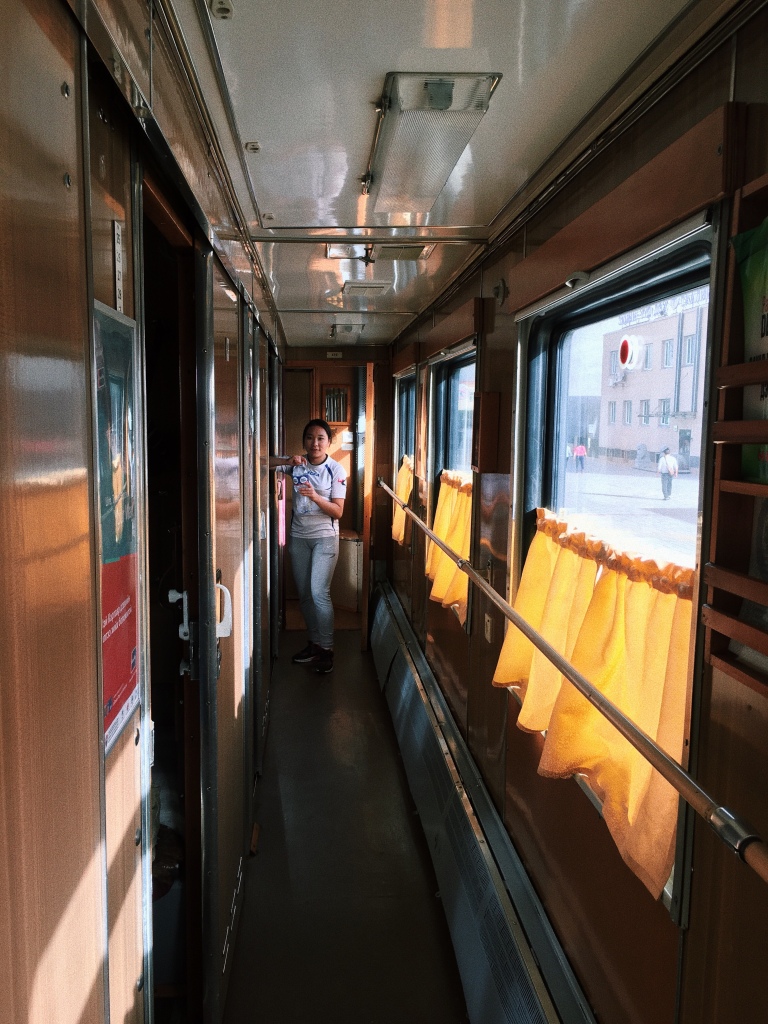 Interesting toilets on board.

In the plains, horses run unimpeded. Rabbits hop from shrub to shrub. Cows grazed on what little grass there was. I wondered how anything even survives out here in the dry plains. Then, sometimes, a small town passes by, containing only four or five houses. Or, I see dogs running freely into the sandstorms. And everything is alright to them: to the people, to the dogs. They all survive either way. 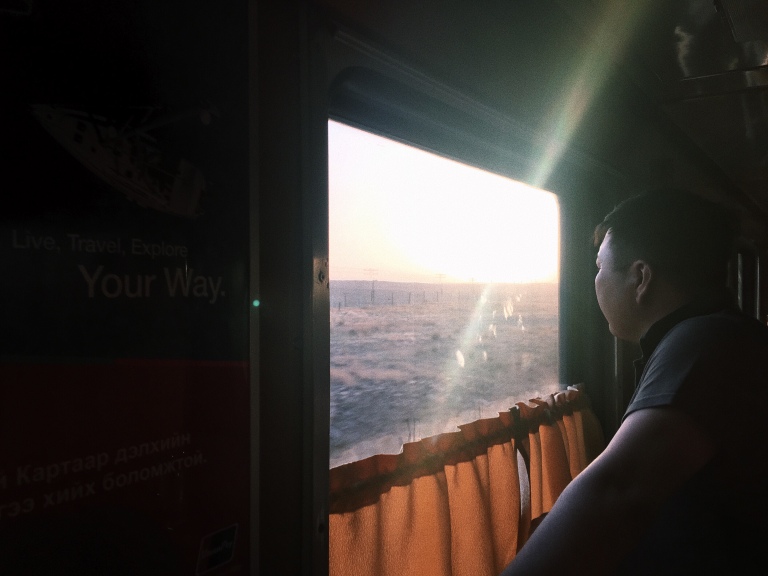