Ryan’s alarm blared at 8am. We were so comfortable in our sleeping bags, we didn’t move until the fifth ‘snooze’ button was hit. Thanks Ngoc once again for being our guardian angel, saving us in our time of need.

We prepped and left the apartment at 9am, slightly later than expected. Taking a Grab from our accommodation, we headed once again for the Ho Chi Minh Mausoleum [Lăng Chủ tịch Hồ Chí Minh] to visit Uncle Ho in all his glory. We arrived slightly after 9.30am and already there was a snaking queue that continued long outside the compounds of the mausoleum. Guards stationed at the entrance refused entrance to those who were inappropriately attired. If any of you are visiting do take note of the dress code, modest clothing covering the shoulders and knees, lest you make a wasted trip. 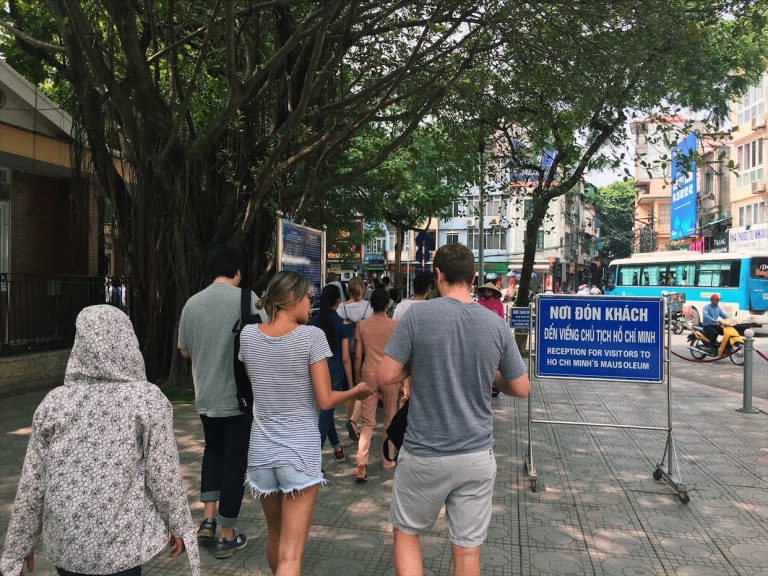 Past the entrance, we were made to place our bags in storage lockers before being allowed to proceed into the complex. We started queueing at 9.45am and the speed of the queue allowed us to move inside the viewing area in just 30 minutes.

While we were viewing the body, we noticed people weeping as they passed. Even after nearly 50 years, there are still tears to be shed for their great leader. We might not feel much as foreigners, but for them, it probably means meeting a legend, as if the man on the bank notes was not just a myth. Makes you wonder how much one man can actually do.

We left the complex at roughly 10.30am and went in search of some much-needed breakfast. We chanced upon a shop that served water snails and we decided to give it a shot. Sadly they were unable to serve them, due to a reason we could not figure out because of the language barrier. We ended up going for chicken noodle soup which was plenty delicious anyway.

At 11.30am, we headed towards the Lotte Center, supposedly one of the biggest malls in Hanoi with a beautiful view at the top. We briefly walked through all six floors of the mall before heading to check out the roof view. Unfortunately for us who were on tight budgets, we didn’t feel like paying the 230000 VND/14 SGD entrance fee to access the roof.

Another two friends of mine were arriving in Hanoi that very day and we decided we would meet them for lunch later. So in the meantime, we headed for a nearby cafe to wait out the afternoon heat.

At 1.30pm, we took a Grab to meet my friends, Aviel and Joonwhy for lunch. We decided upon a famous spot in Vietnam, Banh Mi 25, famous for their Banh Mi. However, upon arriving, the shop turned out to be closed due to the owners having to attend a wedding. We Googled for a solution and found out there was another great Banh Mi place just down the street. One that tasted just as great but simply wasn’t as famous due to its lack of media coverage. And they probably were right as this was the most satisfying Banh Mi we had had thus far in Vietnam.

After lunch, Aviel decided to take us to a really popular chocolate cafe, Maison Marou. It was a really picturesque cafe that served a variety of chocolate pastries and beverages, though they were most famous for their award-winning chocolate bars.

The interior of the cafe was very refined, probably the fanciest place we’d stepped foot in in Vietnam. Most of the kitchen was visible through glass panels that you could sit in front of, watching the chefs in the back work their magic as you enjoyed the fruits of their labour. Each table was accompanied with a complimentary jar of edible roasted cocoa beans which you had to crack to enjoy a 100% cocoa centre, a nice touch to show you how far the chocolate has come. That being said, the fanciness of the place was reflected in the prices as well, they were comparable to the prices back home. Drinks ranged from 60000 VND/4 SGD to 100000 VND/6 SGD, whereas pastries were slightly more expensive, topping out at 150000 VND/9 SGD. 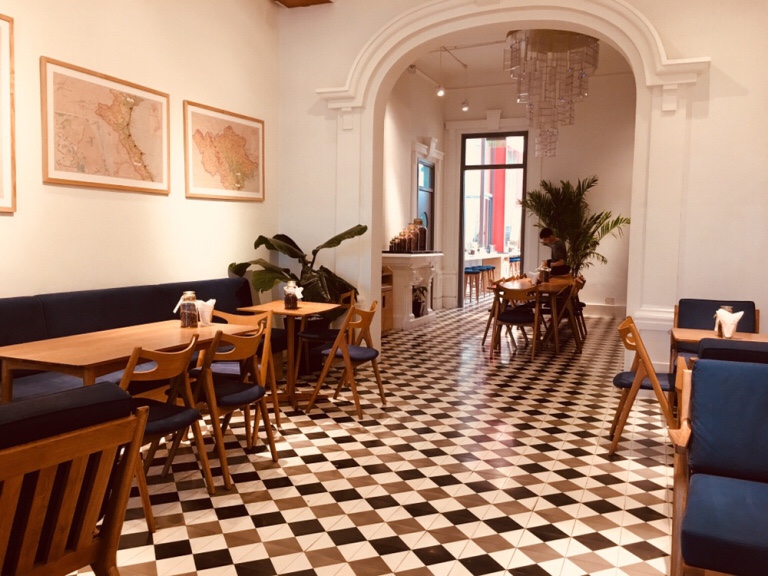 After enjoying a drink or two, we said goodbye to Aviel and Joonwhy as we headed off back to our accommodation to prepare for our train ride later that evening. We packed our belongings and left the home Ngoc had so generously let us stay in by 7.30pm. We then called a Grab and enjoyed the last cab view we would have of Vietnam.

We arrived at the Gia Lam Railway Station [Ga Gia Lâm] before 8pm. Here, Ryan went to collect our train tickets for our train to Nanning (CR MR1, 12go.asia, 1090000 VND/64 SGD/pax), while I went to scout for our dinner. Even after coming back with dinner, Ryan was having some problems getting ahold of our tickets. Apparently, for the booking of tickets online, there would be a representative who would be at the station to hand us our tickets in exchange for our vouchers. The problem was we had no idea who this representative was. It took a bit of searching but eventually, the train staff helped us locate this representative and she turned out to be an unassuming old lady whom we had seen outside the station. She looked no different from any other granny, and without the train staff’s help, we would have been utterly lost.

All thanks to the incognito aunty.

“Oh why hello there”

We boarded our train at 9.30pm and bid farewell to Vietnam as the train sped across the countryside under the starry Vietnamese sky.

Tape on Ryan’s feet to stop them from being completely destroyed by Vietnam. 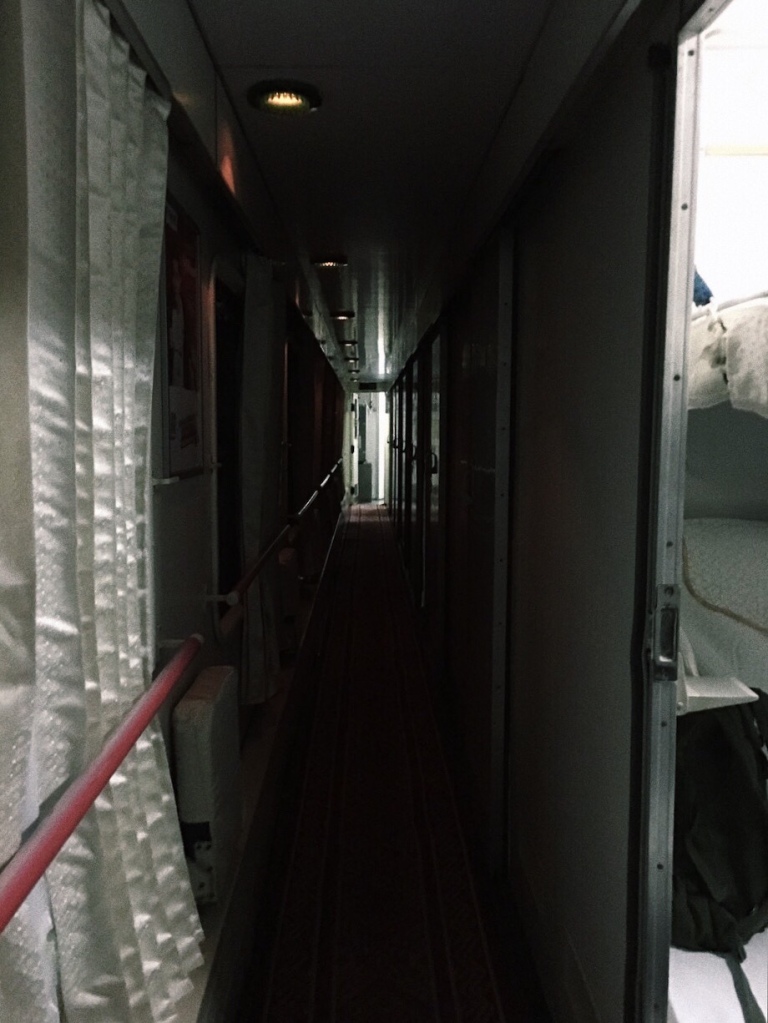 Smoking on board Vietnamese trains is a-ok.