Our last day in Siam Reap. We woke up bright and early at 7.30am to prepare for our trip to Angkor Wat [អង្គរវត្ត, Angkorovot], because immediately after returning we would be headed to Phnom Penh: the next city on our travels.

We left our accommodation at 8am on-the-dot only to find our tuk-tuk already waiting for us by the hotel’s front entrance. We wouldn’t normally do this, getting a tuk-tuk from the hotel, as it was quite a costly 15 USD. However, the tuk-tuk was ours for the entire day, making travel between the various temples extremely convenient.

We departed swiftly and skipped breakfast because we are responsible adults and totally forgot breakfast was a thing. Arriving at the ticketing station for the temples, we noticed other tourists were wearing slippers and shorts. We read online that there were dress codes in place and patrons would be refused entry if they were not properly attired. From what I remember off the top of my head, shorts above the knees and footwear exposing toes were not allowed. That was the only reason we were wearing jeans and pants in the sweltering heat. Boy, I’d be pissed if I saw anyone sauntering in a miniskirt and flip-flops in the temples.

After purchasing our tickets, which were a whopping 37 USD/50 SGD each (ouch!), we headed back to our tuk-tuk to begin our temple adventure.

In total, we visited four temples including the famous Angkor Wat, and it truly is a spectacle worth visiting. The structures have withstood sun and storm for centuries and still, they remain standing proud and strong. Not in the best of conditions, but the walls still bear the intricate carvings that depict scenes from Indian and Hindu literature. If you are visiting the country it is definitely something you have to see to truly say you’ve been to Cambodia. 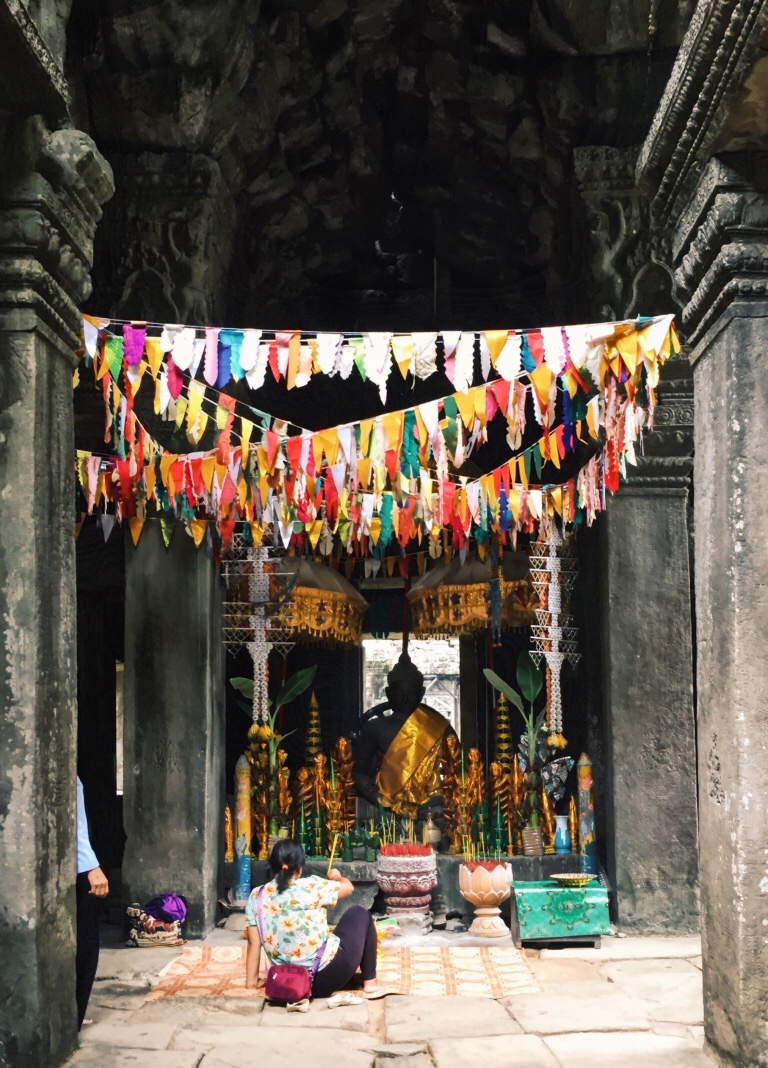 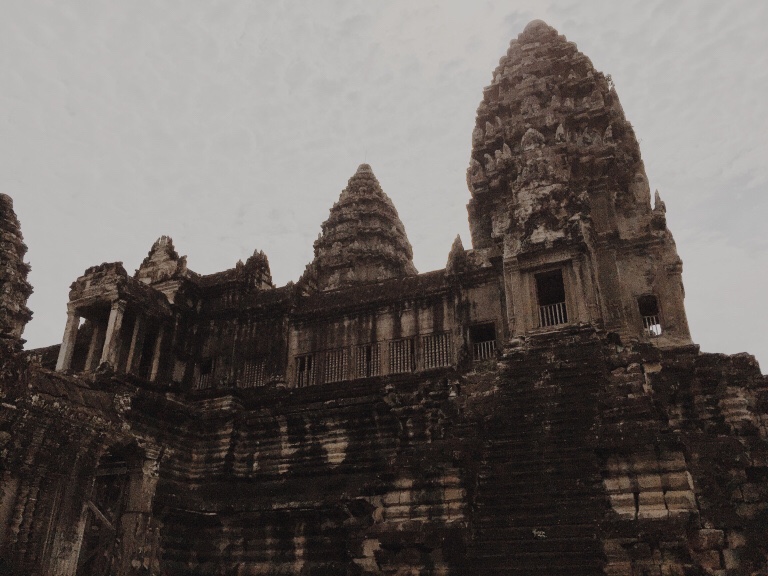 After the temples, we headed back to the hostel to finish up our preparations for our bus ride across the country. We had bought tickets for a bus to Phnom Penh (Larryta Express, larryta.com, 11 USD/14 SGD/pax) via the hotel staff. We grabbed a quick lunch of local fried rice before heading onto a tuk-tuk to get us to the bus terminal.

The six-hour bus ride was mostly uneventful, however, upon arriving at Phnom Penh we were greeted by a surprising change of mood. We were still in the same country, sure, but the atmosphere felt totally different. Drivers weren’t pushy, stall vendors weren’t hovering around us like vultures and most importantly, there weren’t any piercing stares.

The best conclusion we could come to was that Siem Reap was a tourist town, where a large portion of businesses thrived off the heavy stream of gullible and comparatively-rich tourists. Whereas for Phnom Penh, everyone seemed to be minding their own business, busy going about their own lives. It was a liberating feeling being able to experience the city without the urge to look over our shoulders every two minutes.

We got off the bus and headed towards our accommodation, the Pich Guest House (18 SGD/night), located in one of the many alleyways. Men in only towels around their waists and naked kids strolling around was something new for us, but seemed pretty common in these streets. Huge piles of trash lay beside the streets and there was a lingering scent of almost rotting fruit in the air. But with that said we noticed a garbage truck going around the neighbourhood clearing up the piles of garbage. It could’ve been garbage day which would have explained the copious amounts of trash, or it could just be that every day was garbage day. Regardless, we both found Phnom Penh refreshingly authentic.

After dropping our bags off at the hostel, we left to enjoy some time in the city. We grabbed some ice-cream at Blue Pumpkin and walked by the riverside to soak in the evening buzz.