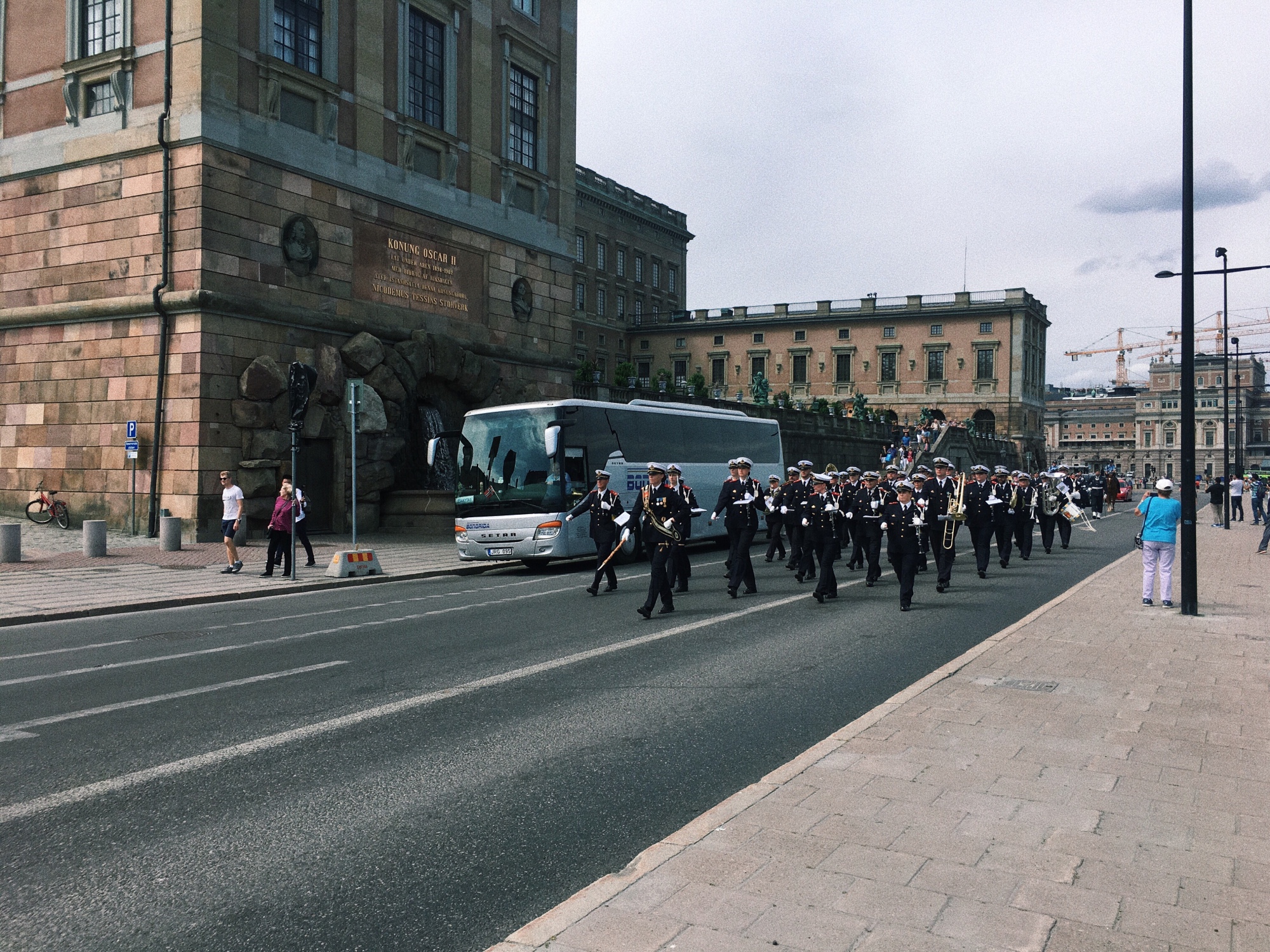 I woke up at 8am on board the M/S Gabriella. I had no idea where we were as the cabin had no windows, but, according to the schedule, we were due to reach Stockholm at 9.50am. I got changed and decided to have my breakfast at the ship’s cafe. Entering the cafe, I could see that we were already in Swedish waters, and in fact, based on the urbanisation, we were already somewhat close to Stockholm. Not long after I finished my breakfast, the ferry docked in Stockholm and passengers started to disembark.

From the ferry terminal, it was quite a walk to the nearest metro station. Similar to Helsinki, there are day passes for sale that allow you to travel on the entire public transport system for a certain duration. This includes Tunnelbana (metro), Tvärbanan (light rail), Pendeltåg (commuter rail), trams, buses, and certain ferries. There are 24-hour and 72-hour passes available. I bought the 72-hour pass. The day-pass must be loaded onto an Access Card, the system’s payment card. The card will cost you another 20 SEK/3 SGD in addition to the cost of the day pass. 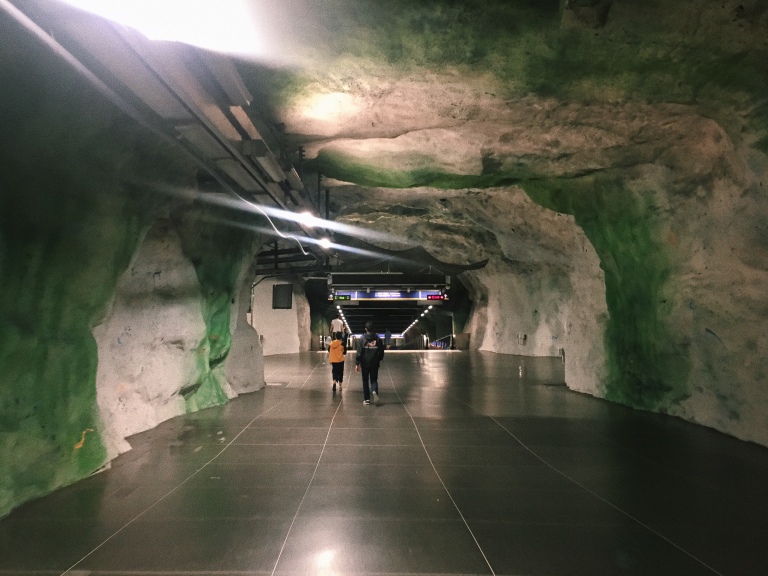 The Stockholm metro retains bare walls in some stations.

Also, downloading the official public transport app, “SL”, might be helpful. The app allows you to plan routes via public transport and also displays the arrival times of vehicles. Additionally, if you opt not to buy a day-pass, you can use the app to purchase single journey tickets.

I reached the hostel (Birka Hostel, 20 SGD/night) at around 11am. Since check-in time was at 2pm, I dropped off my bags and headed to the Nobel Museum first. The museum is located in the Old Town District [Gamla Stan], and I walked around for a while before heading to the museum. 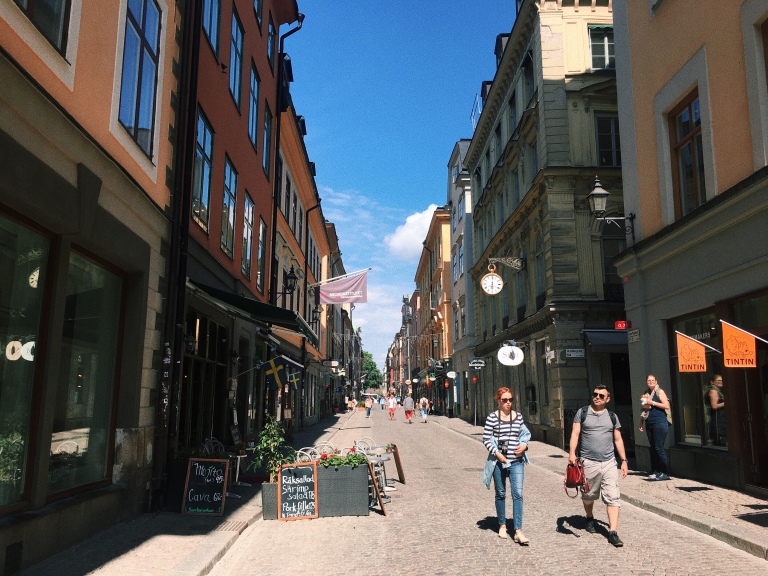 The narrow streets of Gamla Stan and the Nobel Museum.

The Nobel Museum [Nobelmuseet] is dedicated to the famous Nobel Prize, its laureates, and the founder of the prize, Alfred Nobel. The museum is in Stockholm because 5 of the 6 prizes are awarded here. The only prize not awarded here, the Peace Prize, is awarded in Oslo instead. The museum features exhibits that shed light on the creation of the prize and how the laureates are selected. There are also two rooms that play short films documenting the thoughts and achievements of past Nobel Laureates. A free audio tour is available via smartphone, and I think it really adds to the interactivity of the museum. The artefacts on display are also amazing, ranging from recordings of audio interviews with nominees immediately after they found out they had won, to handwritten nomination letters by past laureates such as Albert Einstein. If you are at all curious about what is considered one of the greatest achievements in many fields, do make a visit to the Nobel Museum. 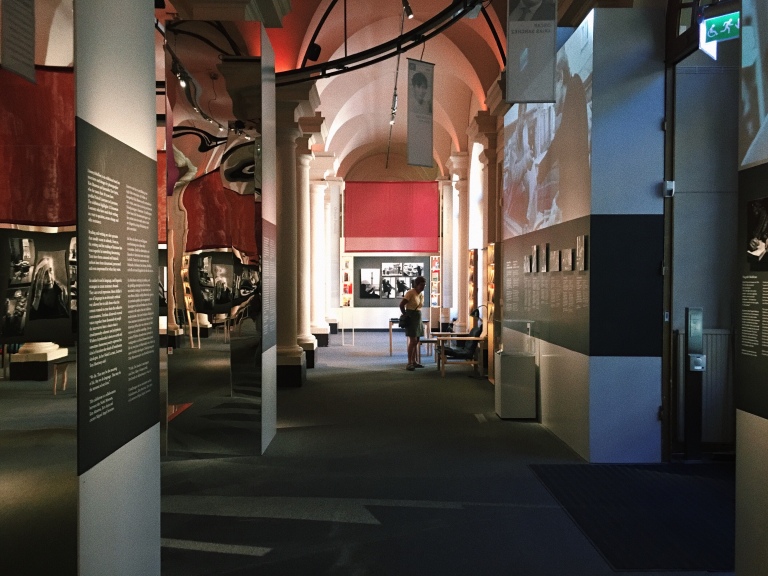 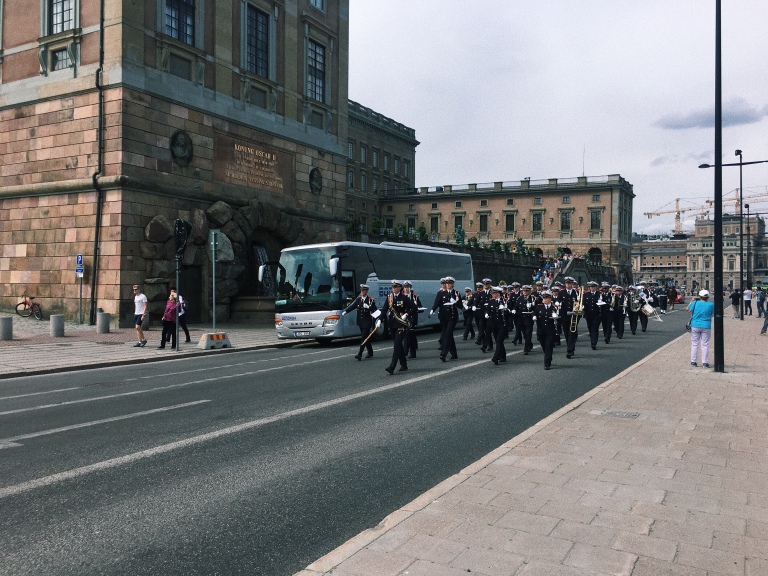 I followed the troops and eventually reached the square where the ceremony was about to take place. It was crowded. Very crowded. Luckily for me, I was able to peak just above the tall crowd. But, even then, all I caught were occasional glimpses of the ceremony. It must’ve been worse for people behind me that came later. If you plan on watching the ceremony, do come early so you get to stand at the front. And, if possible, come on a weekday instead.

Around 2.30pm, I returned to my hostel to check-in. After checking in, I relaxed for a while in my comfy bed. At around 4.30pm, I had dinner at a local chain of burger shops called Max. The meal was big, and, by Swedish standards, affordable.

After dinner, I made my way to the Fotografiska photography museum. The museum is located by the water in what seems to be an old warehouse, and it features continually changing exhibits. Some of the exhibits also showcase up and coming Nordic photographers. At 3 storeys tall, the photography museum is one of the most extensive of its kind I’ve been to so far. Definitely worth a visit. 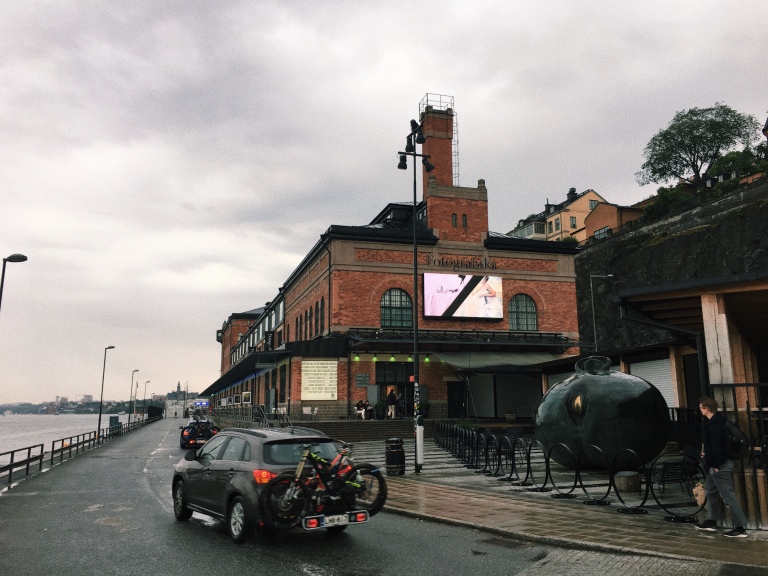 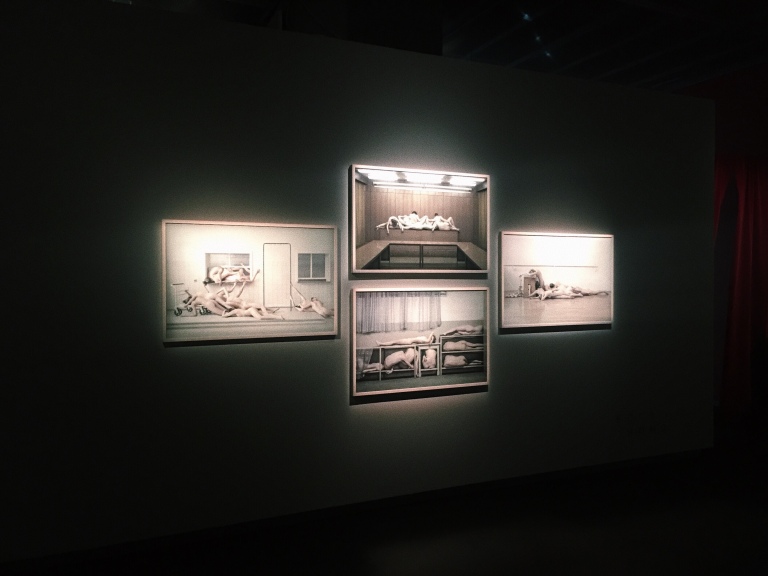 Before heading back to the hostel, I also stopped by the supermarket to buy a microwave meal. After my second dinner, I spent the rest of the night in my hostel bed watching Netflix and planning my activities for tomorrow.

One thought on “Day 39 – Ferry to Stockholm/Stockholm”